Best of the Inside Passage, Juneau, Haines & Skagway

It's easy to see why tiny Skagway is Alaska's top visitor destination: It has wide-ranging appeal, including a compelling history, architecture, a scenic railway, a national park and walkability found in few other Alaska towns.

It's a town as picturesque as the ones kids set up around their toy trains every Christmas, and one of the few places in the state to win awards for urban design.

Skagway and its population of about 1000 attract close to one million visitors each year, who typically tour the National Historic Park buildings, then stroll along the boardwalks, window shop, and admire the town’s collective green thumb.

The secret of Skagway's success with visitors is experience. The town has been hosting visitors for more than 100 years, starting with ships carrying sightseers who arrived in the early 1900s on the heels of the famed gold-seekers, eager to see the path of the Klondike Gold Rush.

To keep the town afloat after its population shrank 90 percent when the gold boom burst, leaders moved its tallest and most impressive buildings to the town's main street, ambitiously named Broadway. Creation of the Klondike Gold Rush National Park in 1976 led to the rescue and restoration of more than a dozen of those buildings by the National Park Service.

The park encompasses much of the downtown area, plus tracts in neighboring Dyea, site of the Chilkoot Trail, the route of the most prospectors took to the Yukon goldfields. Skagway's White Pass and Yukon Route Railroad, built too late for the Gold Rush, was re-purposed in the 1980s to serve visitors off increasingly large cruise ships, and a new gold rush was born.

Unlike the first rush, when the wealth left town with the miners, Skagway has reinvested in itself in recent decades, adding improvements like parks, walkways, and public facilities that have increased its appeal to visitors and residents alike. Construction of the Klondike Highway link to Canada's Yukon Territory in 1979 opened access to new areas for recreation and commerce.

Skagway succeeds because it offers considerably more than the train and shops on Broadway. The steep mountains creating its narrow, scenic valley feature several scenic hiking trails away from downtown's crowds, including access to the massive Juneau Icefield.

A climate that's dry and warm compared to most of the Panhandle gives way for vegetable and flower gardening, earning the town's nickname as Alaska's Garden City.

In addition, Dyea and the Chilkoot Trail remain close enough in appearance to how they looked a century ago to attract a steady stream of hikers from Alaska and the Lower 48, outdoors enthusiasts and history buffs drawn to the challenge and saga endured by the prospectors.

With a year-long schedule of special events including regional running and ski races and a writer's symposium - the town once even hosted a UFO Convention - Skagway prints its name large on the public's imagination.

The stampede had virtually ended by the summer of 1899, but the short-lived event was to Skagway what the Big Bang was to the universe.

A popular stop on Inside Passage Cruises, Skagway is also easily reached by the Alaska Marine Highway ferries, Alaska Seaplanes, or by car. Click here for an itinerary that includes Skagway.

Things to Do in Skagway 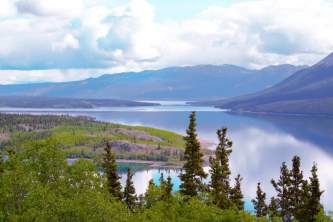 See Skag­way by scoot­er, by train, or bus– check out our top picks for city sight­see­ing tours 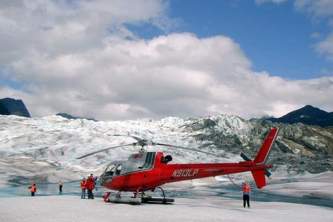 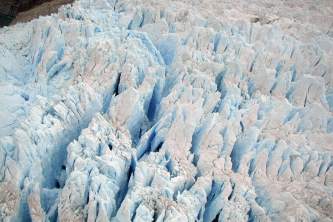 Get up close and per­son­al with glac­i­ers — take a heli­copter tour, go dog sled­ding, or go for a walk 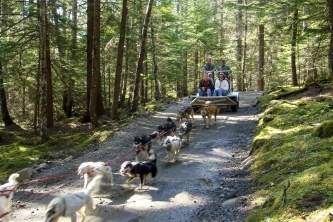 Get an authen­tic win­ter dog sled­ding tour– in the summer!

Learn to pan for gold, and keep what you find! 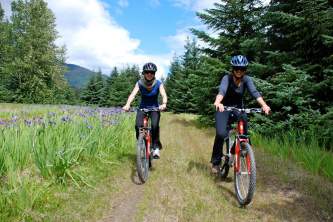 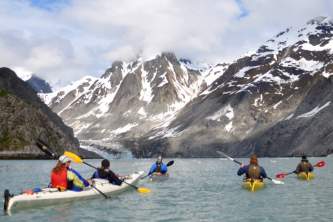 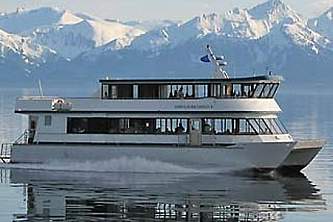 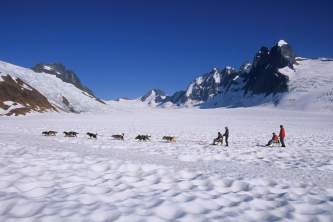 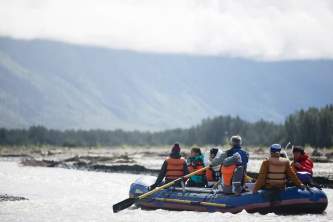 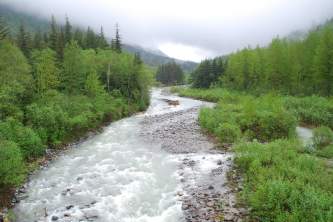 Here are our favorite lodges and hotels in Skagway 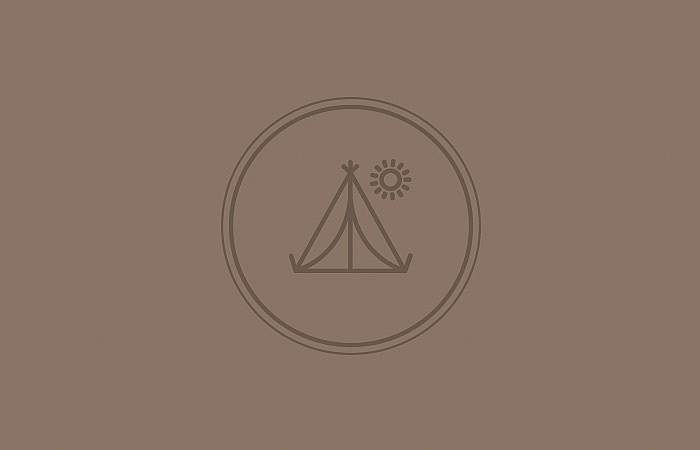 Relax at a cozy bed & break­fast in down­town Skagway 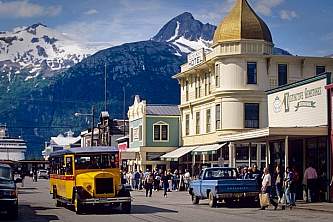 How Many Days in Skagway?

2 nights; longer to explore mul­ti-day hikes in the area