Gates of the Arctic

Gates of the Arctic National Park and Preserve lies entirely north of the Arctic Circle. Its austere beauty and grandeur defy description. It includes the scenic headland of the Brooks Range, the northernmost extension of the Rocky Mountains. Park and preserve combined are four times the size of Yellowstone National Park. This is the ultimate wilderness that captured the heat and imagination of Arctic explorer Robert Marshall in the 1930s.

Barren-ground caribou and grizzly bears range the spacious, fragile tundra to gamer a living based in its thin veneer of arctic sod. The park straddles the crest of the Brooks Range. Its southern flank samples the boreal forest of Alaska's interior. Its north slope lies at the edge of a polar Oesrst with precipitation comparable to Earth's driest regions. Two distinct cultures are represented here: the Athabascan peoples of the spruce-taiga forests and the Nunamiut Eskimos, who hunt caribou in the high valleys. Both cultures continue traditional subsistence patterns of life in the park and preserve.

Access: Scheduled flights from Fairbanks serve Bettles/Evansville and Anaktuvyk Pass. And, there are flightseeing tours with landings in the park from Coldfoot. Visitors can also drive the Dalton Highway, 414-mile gravel road that runs from the town of Livengood up to Prudhoe Bay. There are several areas where the park boundaries are quite close to the road, allowing visitors to hike in on foot.

Guided: Stay at Iniakuk Lake Wilderness Lodge, and access their private cabin within Gates of the Arctic. Or, take a guided backpacking trip with Expeditions Alaska.

Gates of the Arctic Maps

Things to Do in Gates of the Arctic View All 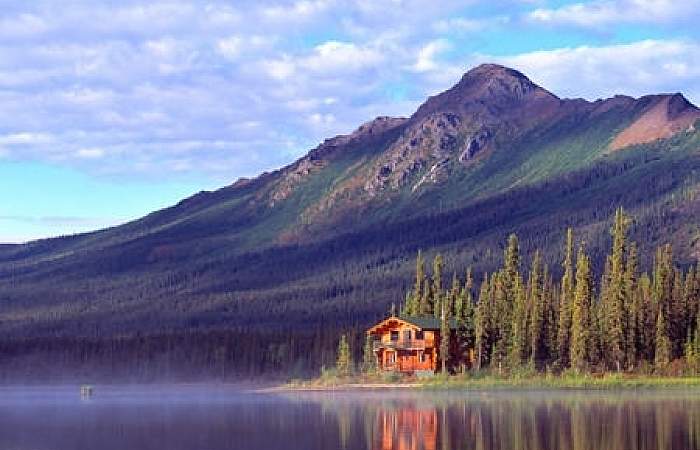