The official gateway to Wrangell-St. Elias National Park offers enough rural Alaska charm to make it a worthy destination all its own. Located in the heart of the Copper Basin where the Richardson Highway crosses the Klutina River, Copper Center anchors world-class salmon fishing in a dispersed rural community offering an authentic taste of 19th Century Alaska—old buildings, a historic site and laid-back atmosphere. It’s one of the oldest communities in Alaska's Interior with non-Native origins (though a modern Ahtna community lives here.) Most of the 300-plus year-round residents spread out in neighborhoods along the Old Richardson Highway off the main road.

Founded as a mining camp in 1898, Copper Center hosted one of the most well-regarded roadhouses of the pioneer era, offering food and lodging to travelers between Valdez and Fairbanks. (Roadhouses sprung up every 15 to 20 miles—the distance one might easily go in a day.) The landmark two-story Copper Center Roadhouse was destroyed by fire in 2012. The owners prevailed with the new Old Town Copper Center Inn & Restaurant next to the site, with an old museum nearby.

The community has a solid reputation as a productive sports fishery targeting sockeye and king salmon from June into early August, drawing both serious anglers and visitors to the swift and challenging Klutina. It’s a great spot for newcomers to try out roll-cast techniques for sockeyes. The fishery exudes the wide-open, low-key vibe of a Lower 48, Western-region outpost, much less intense and crowded than other fishing locales in areas closer to the Anchorage population center.

Watching anglers can make for great spectating when the fish run hard. But when the catching slows, just enjoy the vibe. Sit down for a meal at the current lodge. Take a stroll beside the Klutina, or visit the locally-run George Ashby Museum. Copper Center invites leisurely exploration.

About 200 miles east of Anchorage in the Copper River Basin. Drive northeast on the Glenn Highway about 180 miles to Glennallen, then south on the Richardson Highway until you cross the Klutina River Bridge, then go east on the Old Richardson Highway loop back toward the river. The dispersed community of Copper Center spreads out on community roads north of the Klutina, with campgrounds and most commercial establishments on roads along the river. Alternative: From Glennallen, drive south about 9 miles to the north junction with the rural Old Richardson Highway and take it about five miles south to Copper Center.

Things to Do in Copper Center 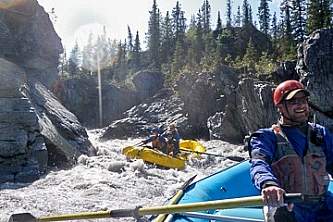 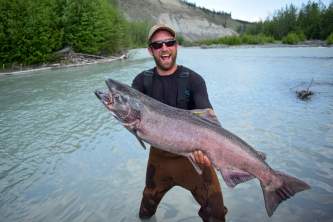 Fish for kings, sock­eye, trout, or Arc­tic grayling away from the crowds 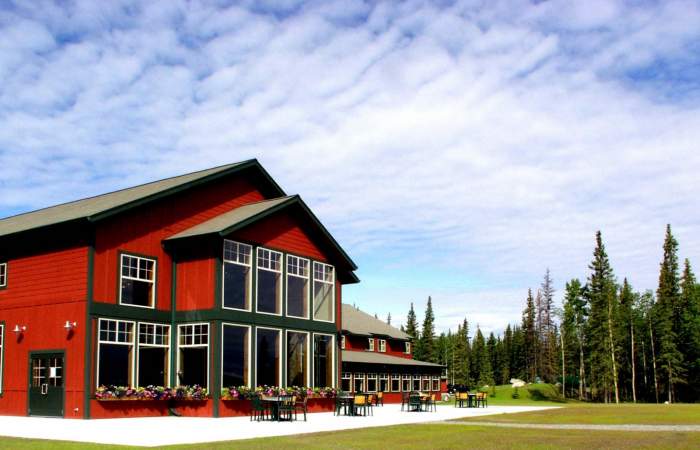