Immense mountains simply dominate Alaska. They catch the snow that feeds 100,000 glaciers. They generate their own weather. They erupt in colossal explosions. They anchor some of the most spectacular views in the world.

They form a rugged, icebound and all-but impenetrable buttress that rims the Gulf of Alaska, with only four highway gaps along an 800-mile arc from Ketchikan near the southern tip of the Southeast Panhandle to Anchorage and Kenai on Cook Inlet. They include Denali—the tallest peak in North America and one of the largest geographic features on Earth. They include 12 of the 13 tallest peaks in the country—or about one-fifth of the 200 highest summits in North America.

Here are the big ones, the notable white massifs that beg to be photographed and contemplated. They might loom on the horizon up to a hundred miles (or more) away from where you first see them. They can be climbed, to be sure, but those who put boots on their slopes must have expertise or expert guiding (or both.) Most regular visitors admire them from afar, or approach during flightseeing trips. 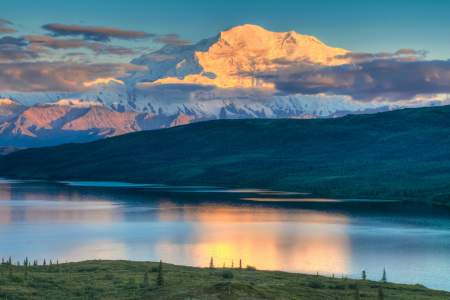 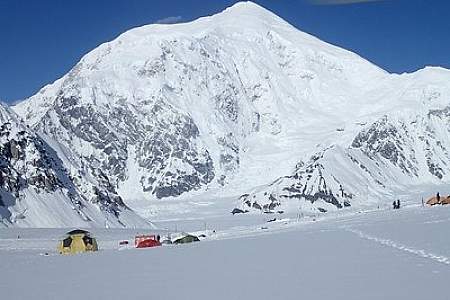 The Peaks East of the Parks Highway 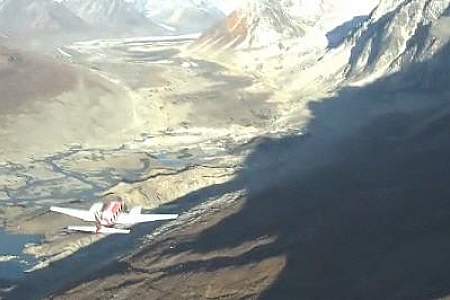 These moun­tains lie in the cen­tral Alas­ka Range, rough­ly 120 miles east of Denali (Mt. McKin­ley). To the east of the Parks High­way and north of the Denali High­way (the grav­el high­way that con­nects Cantwell to Pax­son), they are rel­a­tive­ly inac­ces­si­ble and sel­dom climbed. In this video, we fol­low pilot Jim of Denali Air into the range and a moun­tain kind­gom equal­ly spec­tac­u­lar to Denali and the moun­tains to the west – just not as well known.   ...more

This 11,070-foot vol­cano last erupt­ed in Sep­tem­ber of 1992, when it dust­ed the region with an eighth-inch lay­er of volcanic… 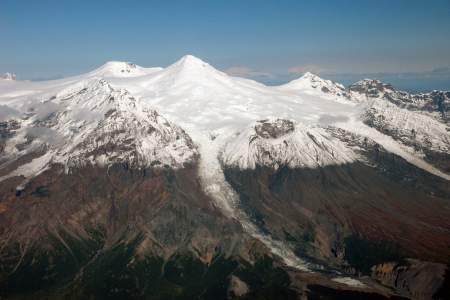 Mount Spurr forms the south­ern but­tress of the Tor­drillo Range, with an active vent on Crater Peak below the sum­mit. This 11,070-foot vol­cano last erupt­ed in Sep­tem­ber of 1992, when it dust­ed the region with an eighth-inch lay­er of vol­canic ash and shut down the reg­u­lar life in Alaska’s largest city for sev­er­al days. 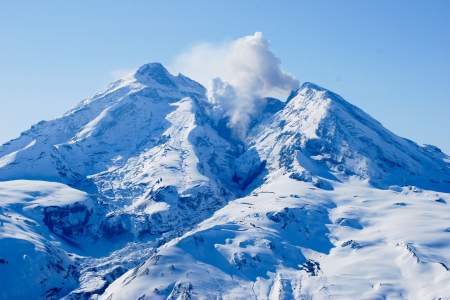 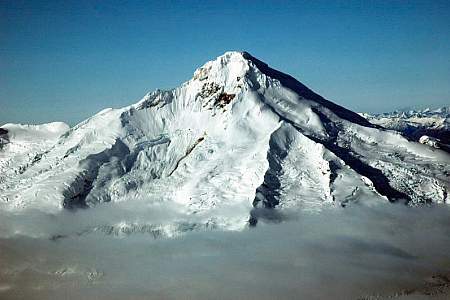 One of the most rest­less vol­ca­noes in the region, this 4,134-foot cone forms its own five-mile-diam­e­ter island in Cook Inlet 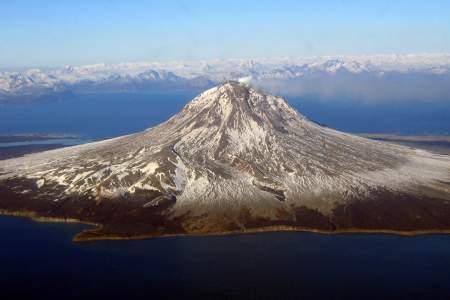 One of the most rest­less vol­ca­noes in the region, this stun­ning 4,134-foot cone forms its own five-mile-diam­e­ter island in Cook Inlet about 70 miles west of Homer and 170 miles south­west of Anchorage 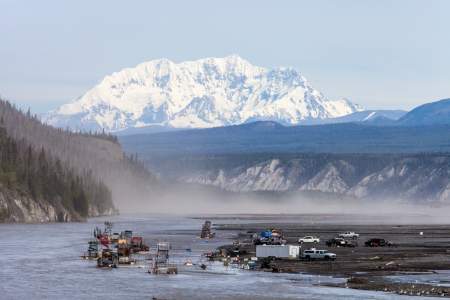 Alaska’s sixth high­est peak, the 16,237-foot San­ford dom­i­nates the north­west cor­ner of the Wrangell Moun­tains. A great view of San­ford (and its sis­ter vol­ca­noes of Drum and Wrangell) fills the wind­shield dur­ing the final 10-mile-dri­ve east into Glen­nallen on the Glenn Highway.

This 12,011-foot vol­cano ris­es only about 37 miles due east of Glen­nallen and is vis­i­ble from the Glenn Highway 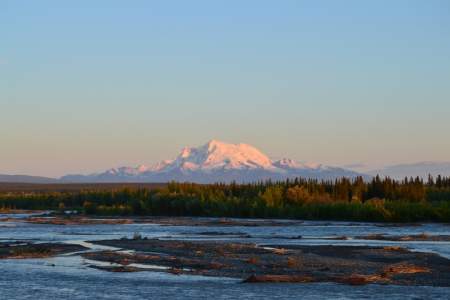 This 12,011-foot vol­cano ris­es only about 37 miles due east of Glen­nallen in a sto­ry­book cone with a snowy crown. Although Drum had a dra­mat­ic pre­his­toric erup­tion his­to­ry, sci­en­tists believe it has not explod­ed in about 800,000 years. 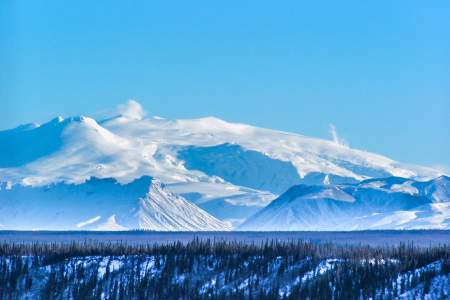 This colos­sal shield vol­cano may be one of the largest land­forms in Alas­ka — ris­ing 14,163 feet. The sum­mit area fea­tures an ice-filled caldera more than 3,000 feet deep. A great view of Wrangell (and its sis­ter vol­ca­noes of Drum and San­ford) fills the wind­shield dur­ing the final 10-mile-dri­ve east into Glen­nallen on the Glenn Highway.

The Sleep­ing Lady Across Cook Inlet 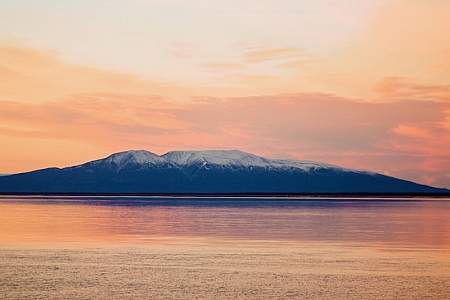 Often called ​“The Sleep­ing Lady,” if you look to the west, you will see the woman at rest across the inlet. Native sto­ries say that the lady was engaged to a man who was off to pro­tect their vil­lage before they wed. On the day her fiancé left, she promised to wait in the exact spot where he bade farewell. After many nights, she fell into a deep sleep wait­ing for him. Word came back to the vil­lage that the men were killed. See­ing how peacefully…  ...more 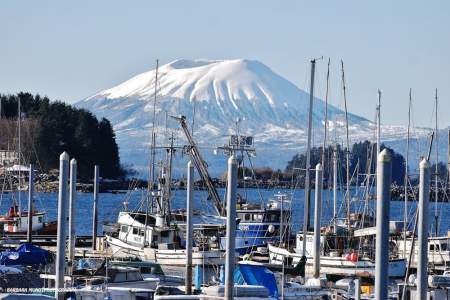 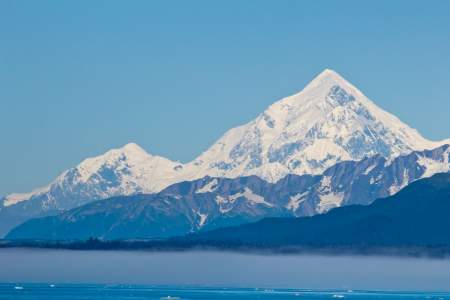