It takes 13 hours to drive the 630 miles north from Anchorage to the small Arctic community of Wiseman. Flying would be much faster, but it’s a stunning drive—so I’ve always driven.

In fact, as an outdoor and wildlife photographer based in Anchorage, I’ve been driving up to this part of the state since 2007, when I did an artist residency in the Gates of the Arctic National Park. One autumn I happened upon Wiseman. I was hooked on its charm and beauty. And in the years since, it’s become my base of operations for photography trips.

I certainly wasn’t the first person to be seduced by the area’s rugged wilds. One of the founders of The Wilderness Society, Robert Marshall, first came to Wiseman in the early 1930s. Unlike most people visiting the area at the time, he wasn’t seeking a fortune in gold, but sought to use the community as a launching point for expeditions into the Central Brooks Range.

Here’s why I love it.

The Heart of Arctic Adventure

Wiseman sits on the shores of the Middle Fork of the Koyukuk River, just inside the southern edge of the Brooks Range. It’s surrounded by jagged peaks of granite—massive testaments to the power of tectonics. These towering peaks will surround you as you drive up the Dalton Highway from Wiseman, past tributary rivers that have carved stunning valleys. And the nearby Gates of the Arctic National Park provides tons of routes for backpacking or packrafting. People will also sometimes raft from Wiseman to the community of Bettles, located downstream at the confluence of the Koyukuk and John Rivers.

The diversity of the landscape is impressive and inspiring. Highlights include the Dietrich River (which is surrounded by the massive peaks of Mt. Dillon and Mt. Sukakpak), the Chandalar Shelf, and Atigun Pass.

When I’m in the area for landscape and aurora borealis photography, I explore the stretch of the Dalton Highway between Wiseman and Galbraith Lake, 87 miles to the north. The diversity of the landscape is impressive and inspiring. Highlights include the Dietrich River (which is surrounded by the massive peaks of Mt. Dillon and Mt. Sukakpak), the Chandalar Shelf, and Atigun Pass.

A Piece of History

Today, Wiseman is no longer the bustling trading station it was when Robert Marshall arrived, some 90 years ago—there are now just 13 year-round residents. But you can still learn a lot about that time, and about the people who live there now.

When driving to Wiseman, you turn off the Dalton Highway at mile post 189, following a gravel road that parallels the Middle Fork of the Koyukuk River, occasionally passing through groves of trees. You know you’re in Wiseman when you reach a clearing with scattered log cabins. While 29 wooden structures were built between 1905 and 1950, only about a quarter of them remain. There’s also an “outdoor museum,” consisting of rusting pieces of railroad and mining equipment. It’s here that longtime resident Jack Reakoff greets visitors on northbound tours to gather them at the historic log cabin post office (his home serves as the modern-day mail pickup location) and tells them about the history and life today.

As you walk around Wiseman, you’ll notice other pieces of history as well. The cabin that serves as the church was constructed in 1915 and featured in Robert Marshall’s book about the community, Arctic Village: A 1930s Portrait of Wiseman Alaska. It’s also hard to miss the historic log trading post erected by the Wiseman Trading Company: It’s open to the public and filled with materials and supplies from Wiseman’s past.

You’ll even find history at a local inn, the cozy Arctic Getaway Bed and Breakfast; stay here and you’ll have breakfast in the 1910-era gold rush dance hall. That alone is a pretty great reason to drive 13 hours to get here. 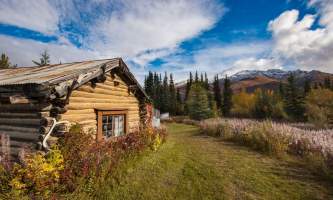 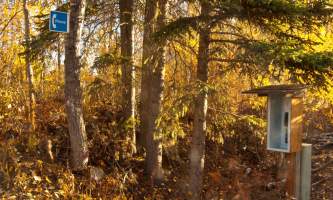 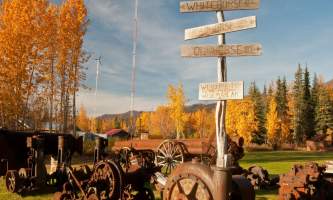 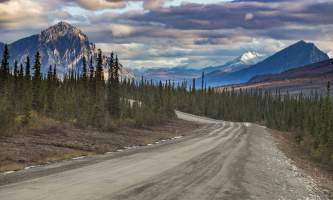 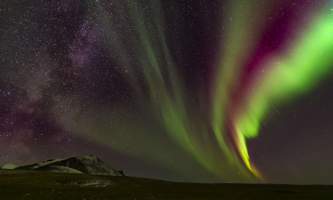 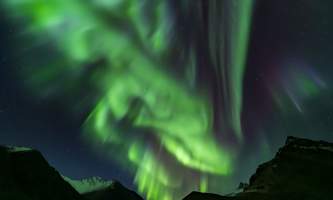