An Alaskan Adventure in the Aleutians

The first island in the Aleutians, Unimak Island stretches so far west it crosses the International Dateline, making Alaska the easternmost state in the United States (along with westernmost and northernmost). And separating Unimak from the Alaska Peninsula is the Isanotski Strait, which is where you’ll find the Aleut village of False Pass. Every boat—fishing or otherwise—moving between the Bering Sea and the northern Gulf of Alaska passes through here. It’s a busy area.

A bulk of Alaska’s commercially harvested seafood—sockeye salmon, halibut, cod, crab, and herring—originates here. And during my visit in early May, I could see a glimpse of the activity about to transpire during the upcoming commercial fishing season. Bering Pacific Seafoods was building new structures; massive stockpiles of crab pots lay in wait. A caretaker I spoke to at the historic Peter Pan Seafoods facilities was getting housing ready for the upcoming season.

False Pass also has some of the most beautiful scenery in southwestern Alaska. There are volcanoes like Mt. Frosty—an active stratovolcano that rises to 6,299 feet near Cold Bay. Plus, the treeless terrain adjacent to Roundtop Volcano makes for stunning hiking opportunities.

That terrain supports a large diversity of wildlife: I saw a dozen different bird species. There’s also a distinct, isolated caribou herd on the island that has grown and dropped in size over the years. And there are brown bears: The most recent survey puts the population at about 400. Locals frequently discussed bears, mentioning how active they are when the salmon are running.

At the general store, I overhead a discussion between the store clerk and a visitor from New Zealand who was in the middle of a multi-year effort to circumnavigate the Pacific Ocean with a sailboat.

Like with most villages, it was easy to talk to people and learn their stories. At the general store, I overhead a discussion between the store clerk and a visitor from New Zealand who was in the middle of a multi-year effort to circumnavigate the Pacific Ocean with a sailboat. I chatted with him, and he invited me onto his boat to discuss his plans. After wintering at Sand Point, he was planning to sail the full length of the Aleutian Islands, then cut across to the Russian coast and head south. Along the way, he planned to make shore to get out and hike significant volcanoes. 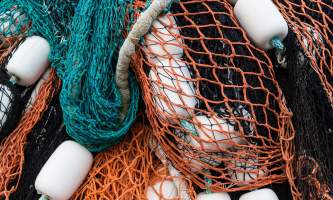 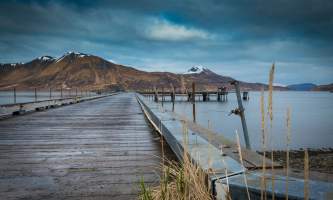 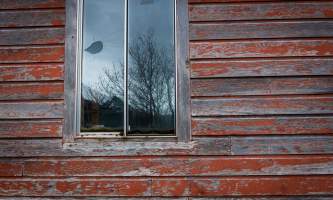