Learn about the massive 1964 Earthquake that rocked Alaska. Feel like you're soaring over the rugged terrain of the last frontier. Get up close to Alaska’s wild animals—from the creatures of Arctic pack ice to the predators of the tundra. You can see it all on the big screen, from the comfort of this downtown Anchorage Theatre.

Located in the 4th Ave Market Place, on 333 W. 4th Avenue, this theatre showcases original, all-ages-friendly documentaries during the summer (averaging 30 minutes each)—but also offers a hands-on, fun experience in the lobby, making this more than just a trip to watch films. It’s the perfect way to get an overview of Alaska during some downtime in the city.

Renovated in 2010, the two theatres, staffed by local Alaskans, feature 20- and 46-foot screens, as well as stadium seating, surround sound, and even a floor that shakes with earthquake tremors. The lobby, meanwhile, offers a museum-quality display and information of the ‘64 earthquake and a well-stocked gift shop of Alaska DVDs, local books, t-shirts, coffee mugs and local art.

Here are the films you can choose from:

This documentary about the 9.2 magnitude, 1964 earthquake really takes you back to that day—interviews with actual survivors, images taken and rolling ground captured on film. It also features fascinating stories of daring and communities pulling together, as well as heart-wrenching tales of loss, death and destruction.

This double feature gives you two sides of Alaska's dramatic splendor: Journey to Alaska showcases the history of the state and the exciting people who live here, while Northern Lights Adventure dazzles you with breathtaking displays of the northern lights and one man’s quest to capture it on camera.

With its lush scenery and score, this is a rich visual tour of Alaska’s wildlife in the bigger theater, with HD. You’ll learn about the history of Alaska while also getting sweeping aerial shots of wildlife—from bears fishing to migrating caribou—as well as glaciers, mountains, tundra and forest. This is sure to peak the youngest of adventurer’s interest! 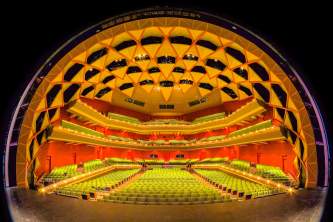 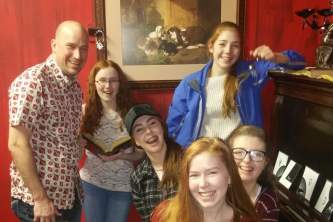 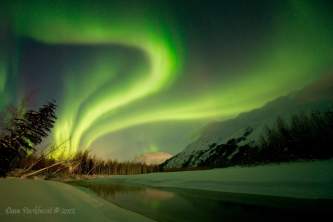 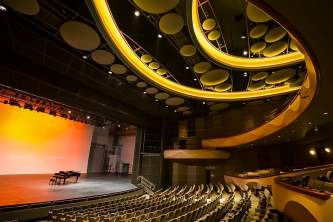 Alaska Center for the Performing Arts