They make big promises—75 percent off the regular rates, hundreds of dollars in onboard credits, even wine and strawberries in your cabins. And they’re easy to use, offering you a wide variety of dates, ports and cruise lines. But are the web sites specializing in cruise deals a good way to book your trip?

We tested out the major cruise web sites, punching in the same dates and a sample ship—a July sailing from Vancouver on the Norwegian Sun.

The lesson: The best use for these sites may be to get a ballpark price of what you can expect to pay for your dates and ideal itinerary. Since so many of the sites steer you to a live customer service rep anyway, it’s a good reminder that using a travel agent you know and trust is probably your best bottom-line strategy.

Find which cruise is best for you with our free Alaska Cruise Newsletter series!

We had to register first—meaning we will be getting lots of emails in the future—and we were then given a $729 per person price for our sailing, including port charges (the biggest add-on) but excluding other government taxes or fees, which would add a bit more.

You don’t have to register to get prices, and we found a similar $799 rate, which the fine print said already included all taxes and fees, which totaled $168. The site offers lots of add-on land tours options, such as one night in Anchorage combined with two nights in Denali, which would bring the per-person tally to $1,268.

The site promises no required deposits, and claims discounts of 74 percent. The rates we found were surrounded by enticements for $300 worth of onboard credits, if we were to call a customer service rep. Otherwise, it gave us a predictable $799 rate, but that price did not include any taxes or fees—or a $25 processing charge.

The site steers you to call a customer service rep to fine-tune prices after your search. We found a $579 rate for the NCL Sun, but it showed that the prices didn’t include $168 in port charges—still cheaper than $799, though only by about $50.

You can see prices without registering, and you can use a helpful “comparison” tool where you can compare amenities for up to five different cruises side by side. Still, we were invited almost immediately to start a live chat. The $789 price included port charges, but did not include other government fees and possible fuel surcharges.

It's the mother of all cruise reviews sites, with more than 90,000. The “Deals” page brings up Expedia, Cheapcruises.com, and AvoyaTravel. Our search brought up seven options for our dates on the Sun, ranging from $799 to $919.

Lists several deals from various sites with no filtering (time window, type of cruise line etc.) Must join the service to see details for each deal. Our search just brought up last-minute deals—nice, but not what we were looking for.

The big travel site lists several deals from various sites for cruises and cruisetours, as well as a list of add-on deals such as onboard credits or discounted shore excursions. We found a rate of $770, which included port charges but not the unspecified Travelocity processing fee.

The Best “Non-Excursions” in Port During Your Alaska Cruise 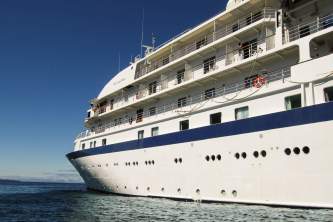 How to Get from Anchorage to Your Cruise Port in Whittier or Seward (or the reverse!)

Take the train or a motor­coach, dri­ve, or opt for a sight­see­ing tour 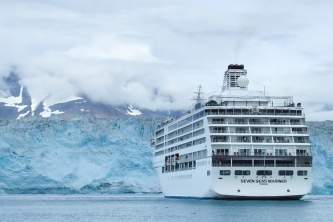 Best Glaciers On An Alaska Cruise