This museum in downtown Anchorage may house artifacts that are hundreds of years old, but its high-caliber collection—and its solid connection to the community—makes it feel like a living museum.

Even though the art-gallery-sized space feels intimate, this is the largest private collection of its kind in Alaska. The museum was started by the First National Bank of Alaska in 1976, as a way for the bank’s owners, the Rasmussen family, to create a space for high-quality art and artifacts largely from Alaska's native tribes, such as the Northwest Coast Indian, Athabascan, Aleut, Yupik and Inupiaq tribes.

Kayaks, Paintings and Days of Gold

Wells Fargo bought the museum in 2000, and has its own piece of Alaska history to share: the bank and delivery service used to ship gold out from the Klondike during the gold-rush days of the late 1800s and early 1900s, while also bringing in both miners and materials. To date, the museum’s collection now has about 6,000 artifacts and works of art, as well as 4,000 books, in museum branches around the state; this Anchorage flagship, though, has 900 pieces on display, including traditional clothing, a collection of historic Alaskan business tokens, a Bering Sea kayak covered in traditional seal skin, and paintings by such famed Alaskan artists as Sydney Laurence, Fred Machetanz and Eustace Ziegler.

According to curator Tom Bennett, visitors are often most struck by the 80 hand-woven baskets, some hundreds of years old, and the pieces of walrus ivory. And while the museum’s research library—including the journals of Alaska explorers in the 1700s—is not a traditional lending library, Bennett says that he has been known to let visitors borrow a book once in a while.

The summer season tends to draw independent travelers—perhaps because the space is relatively small, it has stayed off the radar of cruise-ship groups. But one reason visitors seem to enjoy the museum is that it draws so many locals, some of whom even recognize their own family history in the pieces. The lively exchanges, for locals and out-of-towners alike, really makes those old artifacts come to life. 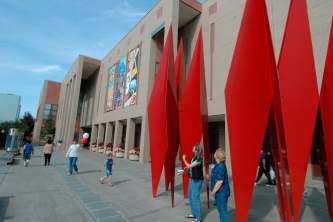 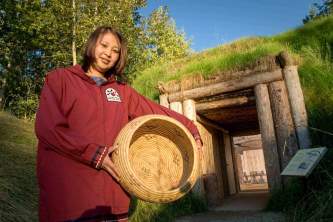 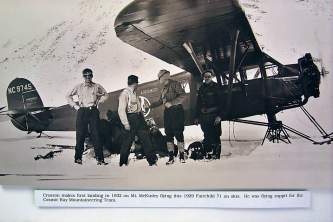