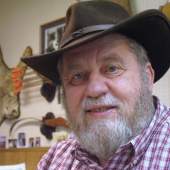 Daniel Quick is a longtime Alaskan, photographer, and author who has contributed stories and photographs to Alaska.org. We caught up with him to ask a few questions about what Alaska means to him.

Q: How long have you lived in Alaska?

Q: What brought you here?

A: After growing up in Oregon and college in Idaho, I went planned to go into the seminary—but at the last minute I felt directed in a different direction. I went to study photography at the Brooks Institute of Photography in Santa Barbara, then got into production of Christian films.

At the time, a friend was living on a homestead in Kasilof, Alaska—a small town south of Soldotna on the Kenai Peninsula. He told me about all the moose and about living on a lake. I couldn’t sleep. I told my wife I think I know where I want to go. And she said okay!

I worked in Alaska for several years producing films, then in 1995 got a job as a producer for Boeing in Seattle. One day, after 5 years there, I was talking with colleagues when I realized that in my mind I was out on the canoe trails on the Kenai Peninsula. So I resigned and moved. I’ve done graphics, photo, and video work in Alaska since then. My background isn’t exactly still photography, but my love is shooting photos in Alaska. I’m 78 now and finally retired

I also wrote a book, “The Kenai Canoe Trails,” because no one else had, and I wanted a better guide to do it for myself. I self-published and did the photography work and had 10,000 copies printed. Everyone said I’d have thousands of books in the garage, but there’s only 20 or so left—my family and friends are begging me to print more.

Q: What makes Alaska special for you?

A: I remember driving up the Alcan in 1969, and the further I went the more at home I felt. Alaska kind of crawls up into your bones and you’re stuck with it. Plus, there are a lot of nice people here—it’s a really good community.

Q: What are your favorite places and/or experiences in Alaska?

A: I’ve seen all parts of Alaska, even ridden a motorcycle from Soldotna to Portland 3 times. And there’s no spot prettier in America than the 135 miles of the Denali Highway. There are probably other places that beautiful, but you can’t drive there.

Q: How does the Alaska wilderness make you feel?

A: Here’s an analogy. When I finished my book on the Kenai canoe trails, I ended up guiding out there. Lake country isn’t like seeing Denali or watching glaciers calve. But people were awed by it.

I shared, “If Alaska and nature were an orchestra, Denali is the brass and these quiet lakes are the strings.”

To extend the analogy, Alaska is the full orchestra. You can go to some very quiet lovely spots and the weather can be foggy (which makes for great photographs) or places that are so fantastically loud that it’s the full brass section standing up. When you can see the full orchestra on display, with its subtle and quiet beauties…it’s like nothing I’ve ever experienced.

When I got to Alaska, I suddenly felt like every other place I had been in the wilderness was pretend, and this was the real deal. When you climb Mt. Rainier, for example, all the signs tell you don’t step off the path, don’t do this, don’t do that. In Alaska, though, you don’t see signs.

Of course, there’s a tradeoff for this authentic wilderness experience: I’ve had to defend myself a few times at a moment’s notice. This is the country that will kill you if you don’t know what you’re doing. But it can also stun you with its beauty!

Even today, get out there, off the road, and you’re not sure if anyone else has ever noticed what you’re noticing. I look for those things. That’s the photographer in me, too. Sometimes you stop and say, “That will be a great picture in 20 minutes.” Other people may drive right by.

Q: What are 3 words that sum up what Alaska means to you?

A: Impossible! There are too many words. But here are a couple: Magnificent. Vast. Lonely. Inspiring. Brutal.

Q: What was Alaska like when you first moved here in the late ’60s/early ’70s?

A lot of the “old-timers” were still alive, and many of them became dear friends. One of them told me about the Kavanaugh ladies—a mother and daughter who came here in the 1950s and homesteaded way back in the wilderness. I decided I wanted to go see them. So I went up the head of Kachemak Bay; it was at least a full day’s hike from there.

When I got to their cabin, it was like Hansel and Gretel lived there—a garden and flowers, just beautiful. No roads, no nothing. I politely knocked on the door. The daughter came out, very stern, and said, “Don’t you know how to ‘hello’ a cabin? You’re supposed to ‘hello’ a cabin from afar. Also, you need to know we don’t like men. And we don’t like beards.” I was afraid I’d have to turn around and hike back. But then they said, “Are you hungry? Well come on in!!”

They weren’t being mean, they were being blunt—no fussing around, just telling me something I ought to know. They hadn’t seen someone in over a year, and I just waltzed up and knocked on their door. They fed me a nice dinner and told me that every year they shot a moose and canned the whole thing! We quickly sort of became friends.

On the way there, I had seen another little cabin and asked if they knew if I could spend the night there. They told me that was the old trapper cabin and I could stay there. I asked if I could bring my sister (who was planning to visit the following year) and my wife to meet them. They said, “Oh yes, that would be lovely!” So a year later, I dragged my wife and sister up there and we ‘hello’d’ the cabin. The Kavanaugh ladies were so friendly and fed us a nice lunch, and then Dot (the daughter) told us that my wife and sister were the 7th and 8th women to ever be in the cabin—and they hadn’t seen anyone since I’d left a year before!

A: There was another old-timer, Brother Johnathon, who lived out in the deep wilderness. He could never really live in society, but he was also extremely lonely—and he’s not the only one living like that. You can successfully get away from it all in Alaska, but there’s a price for that. I’ve chosen not to live that remote, but I appreciate Alaska because it’s an option.

Q: Alaska.org’s mission is to show visitors an authentic Alaska experience. What is that for you?

A: Authentic means slowing down. And in a lot of areas of Alaska, like the Denali Highway, that’s what you have to do—the road gets too rough. But no matter where you are, just slow down—you’ll see more that way! Walk down the ridge. Spend an afternoon watching wildlife. Don’t be in a rush or complain if the weather’s not what you hoped.

I’ll finish with another story: Once on a goat hunt with a friend, we came down a mountain the wrong way and ended up perched on a ledge all night. It was a bit cold, and you couldn’t fall asleep for fear of plummeting off the edge. But I looked at my partner and said, “When else are you going to sit up the whole night perched on the edge of a precipice in the wilderness?” We knew we’d get off the mountain when the weather cleared, but in the meantime, we should just enjoy the experience.

It was a good lesson for a journey anywhere, but especially in Alaska: Appreciate what’s there in front of you. People tend to go too fast. 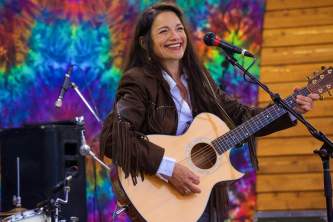 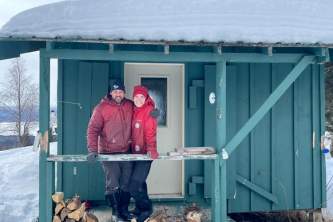 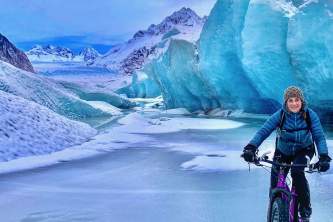 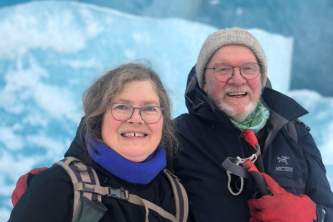 In Valdez, we love that we can step off our porch and put in a kayak!