Salmonberry is a common woody shrub that grows in a variety of habitats from meadows and mountain slopes to shaded forest understory. They grow 3-5' and have leaves divided into three parts (tri-foliate). The bright pink flowers have 5 petals and look downward. The fruits resemble large raspberries but vary in color from red or orange to yellow when ripe. Salmonberries (tasty, but seedy) are a favorite snack for humans, bears and many birds.

The Salmonberry was first identified by the German naturalist Georg Steller who sailed with Vitus Bering in 1741 when he made the first European discovery of Alaska on Kayak Island in the Gulf of Alaska.

The genus Rubus is derived from ruber, a latin word for red, is the genus of plants generally called brambles. The species spectabilis means spectacular due to Salmonberry's showy flowers and fruits. The common name Salmonberry is thought to have come from the natives' fondness for eating the berries with salmon roe, but it could also be due to the orangy-pink color of the berries. 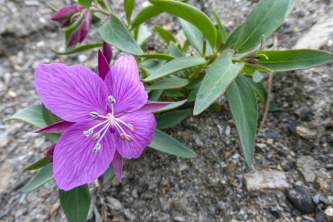 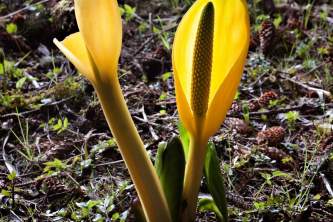 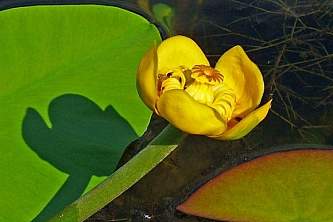 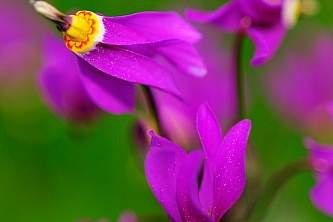