Pretty Shooting Star grows in wet meadows. The long leaves grow purely from the base of the plant and narrow gradually to the stalks. The flowering stalk has no leaves and is 10-15" tall with many flowers that have 5 reflexed, bright pink petals with a yellow ring at the base.

Bumblebees and some species of solitary bees can sonicate pollen from certain types of flowers. Sonicate... what on earth is that? As bumblebees cling to the underside of the flower, it vibrates its strong wing muscles and they emit a high-pitched buzz. This causes the pollen to be shaken out of the anthers onto the underside of the bee. As the bumblebee moves on, it carries some of the pollen with it, cross-pollinating other shooting star flowers as it visits each one. Bumblebees also eat pollen, and feed it to their young.

The process is known as "buzz pollination" or "sonication." Honeybees can't do it. Their muscles aren't strong enough. It is estimated that about 8% of the worlds flowering species (tomatoes, potatoes, blueberries) are primarily buzz pollinated. In Alaska buzz pollination occurs in all species of shooting stars, some species of blueberries, artic wintergreen, tall bluebells and several species of lousewort. 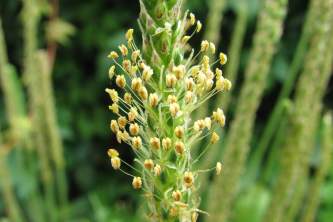 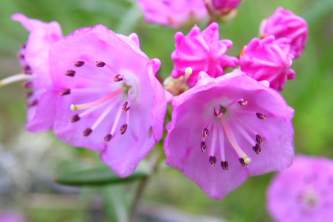 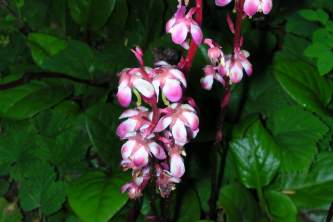 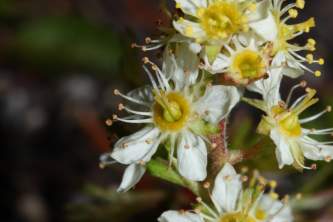