The Horned Grebe commonly wears black and white feathers, but during the mating season its colors shift to hues of red and black with distinctive yellow 'horns', patches of feathers behind its eyes that it raises and lowers to attract attention. The young ride on their parent's backs and often dive with them in search of food. Interestingly, the Horned Grebe is known to eat some of its own feathers, which form a plug in the stomach that is thought to hold bones until they are fully digestable. 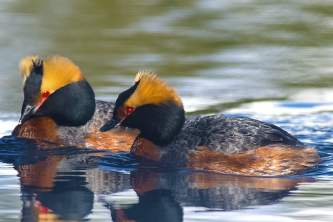 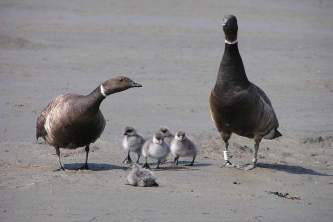 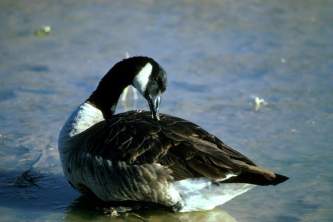 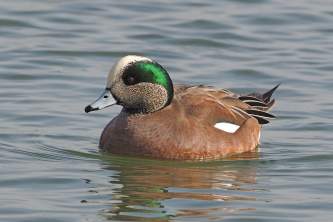