Berry picking is an easy and free variation on regular hiking—plus, it provides built-in snack breaks. Here's what you need to know:

Is It Legal? Are There Limits?

As long as you're not on someone's private property, and you're just picking for your own consumption, you can pick as many berries as you want.

There are two risks: picking something poisonous and clashing with other berry lovers—namely, bears. That's why you should make it a point to make calm noises—conversations, a little singing—as you look near bushes, in case a hungry bear is picking his own afternoon snack on the other side.

Berry season is late, by Lower 48 standards. While you'll find some berries in July, August is the prime season, and the berries disappear in September.

Different berries grow better in different parts of the state, but bottom line there are a lot of berries pretty much all over Alaska. Some hot spots include Chugach State Park, Denali National Park, Denali State Park, even just around Anchorage, such as Sheep Mountain, Flattop Mountain Trail and Rendezvous Peak Trail. For more, here's a list of berry hikes near Anchorage.

Berries To Look For

Which Berries Are Poisonous

Avoid all white berries in Alaska—they're all poisonous. And the most infamous poisonous berry in Alaska is the baneberry, which has white or red berries—look for a black spot on the red berry. The bright side: because they taste so bitter, people often spit out baneberries before swallowing, mitigating their potentially deadly effects (they can cause cardiac arrest.)

If you're the least bit unsure, show your berries to a park ranger or someone at a local grocery or lodge before eating. Also, consider picking up a book with lots of pictures. Two good ones: Alaska's Wild Berries and Alaska's Wild Plants.

Personal stories, experiences, and advice you won't find anywhere else. 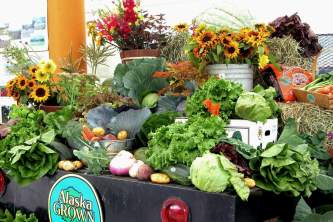 The Food You Must Try in Alaska 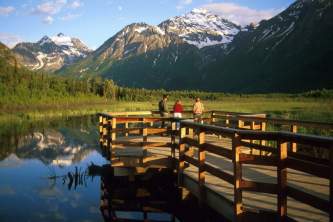