As you approach the south side of Herbert River, there’s a turnoff that ends at the Windfall Lake trailhead. The trail, some of which is planked, follows the Herbert River through the forest. A spur trail once led to Herbert Glacier, but because of beaver damming it is no longer accessible during the summer. However, you can ski to Herbert Glacer via this trail in winter. This is a three-mile hike to a Forest Service cabin on picturesque Windfall Lake, but you can also make it an 11-mile hike to the end of Montana Creek Road in the Mendenhall Valley. (This is why the trail is officially called the “Montana Creek Trail” though nobody actually refers to it by that name. The hike to the cabin is flat and relatively easy (with great views at the end), making it a good option for families, though the middle of it has lots of exposed roots. The trail offers access to the only – thus tightly regulated – sockeye fishery available off the Juneau road system. The fishing can be great, which is why the area also has bears. Be aware when you’re hiking or wetting a line. Plenty of other wildlife frequent the area including Swans, geese and great blue heron. There is also good ice fishing for sea-run cutthroat and Dolly Varden in Windfall Lake. 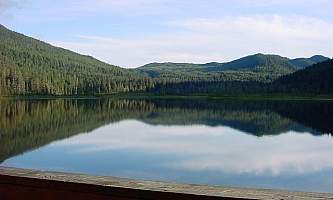 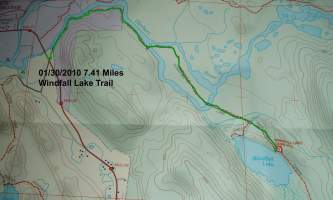