People come to Homer for a lot of reasons— to fish, hike, or explore a classic, quaint small town. But it’s also an excellent launching pad, quite literally, for nearby bear viewing. This family-owned company can take you a short distance for some serious quality time watching bears—and still get you back in time for more fun around town.

Smokey Bay’s bear tours last about five hours total—including flights and about three hours on the ground (on the beach, in the meadows, or along the streams). Groups tend to have four or five people (and a minimum of two). Check the site’s calendar or call to ask about the schedule for your chosen day; on any given day there will always be a morning outing (leaving at 8 a.m. at the latest) and possibly one that leaves at about 2 p.m.

A Different Trip Every Time

Where exactly you start your adventure on the day of your trip varies from day to day, too, since the pilots must gauge the best and safe spots for each flight, based on the quality of the beaches, tides, weather, and where the bears are (beach landings, for instance, are a very specific skill and make up an extensive training process of their pilot training). But overall, you’ll be heading to either Katmai or Lake Clark National Park.

The flights are scenic just in themselves. If you’re headed toward Lake Clark, keep an eye out for Iliamna Volcano, Mt. Augustine, or Redoubt. When flying toward Katmai, you can see four peaks, Kaguyak Crater, and, if weather cooperates, Mt. Douglas.

If a scenic flight is all you crave, Smokey Bay even offers flightseeing-only tours: 45-90 minute tours over Harding Icefield, Kenai Fjords, and Kachemak Bay; or volcano tours, of up to 3 ½ hours long, offering aerial looks of Cook Inlet’s Ring of Fire, as well as Mt. Augustine, Mt. Redoubt, Mt. Iliamna, or Mt. Douglas.

On the Ground with Bears

Once you’ve landed, you’ll find yourself amongst the bears. Walk the beach and watch them digging for clams, wandering the sedge grass meadows, or nursing their young. You might see them engaged in territorial arguments, or even getting romantic (mating season is in June). In July and August, when the fish start coming in, the bears wade through the streams, fishing.

Trips are for anyone ages 7 and up who can walk unassisted over uneven terrain such as sand, rocks, high grass, thick mud, moving water, or over logs for up to five miles. There is also a weight restriction of 280 pounds. Come dressed in layers, with an extra pair of socks, and bring your camera and rain gear. Also pack a snack and some water—so long as your snack doesn’t include any bear-attracting salmon products like jerky or a salmon salad sandwich (and by all means don’t bring any bear spray, bear bells or firearms).

Smokey Bay Air first took off, as it were, in 1998, launched by brothers Gary and Tim Brandenburg (Gary’s a longtime commercial pilot, and Tim’s a private pilot). They grew up camping, fishing and flying in Homer—their dad taught them to fly when they were 16. In 2015, they expanded their business to include Homer Air, which had been around since the 1950s

Gary and Tim love Alaska and Kachemak Bay, and they love to show people the wonder and beauty of this place. Indeed, a lot of people who take their trips say they’re struck by the bliss of this excursion—how spectacular, but also tranquil and relaxing it is, to watch the bears. Some folks have been known to come back four or five times to experience it all over again.

Drive into Homer on the Sterling Highway (Highway 1). Once in Homer drive towards the Homer Spit. Do not turn on the road with a sign for the Homer Airport. Take the next left onto Kachemak Drive. This is the last road prior to driving onto the Homer Spit and directly across the street from the Lighthouse Village area. Smokey Bay Air is the first airline on the left side of the street, in a large blue building/hangar. 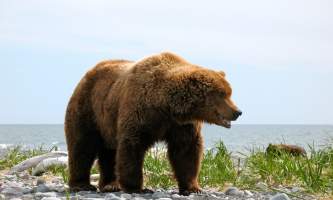 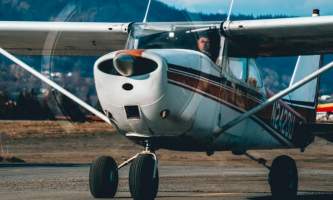 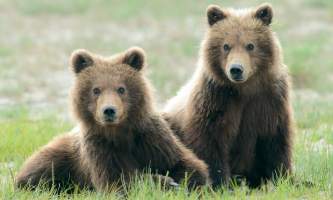 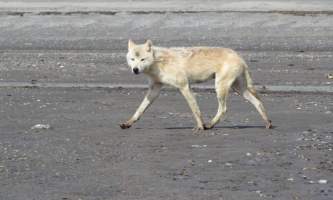 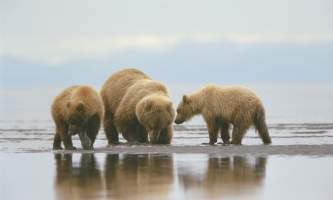 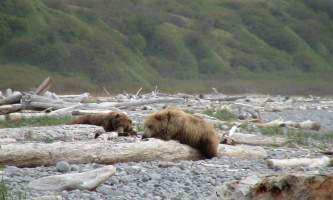 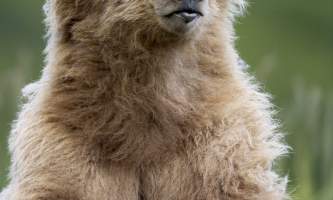 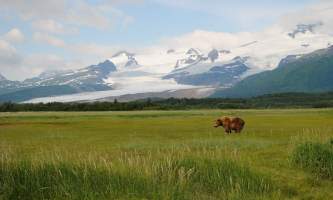 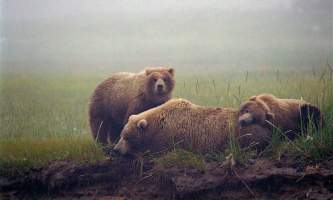 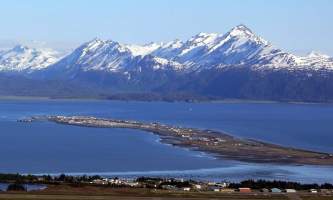 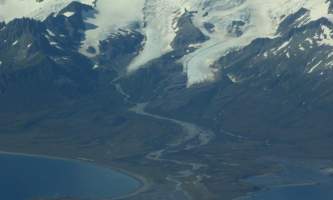 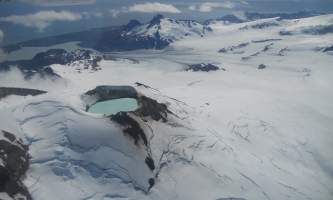 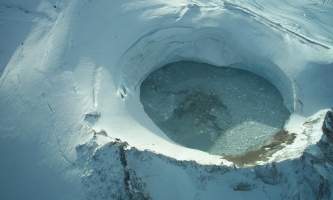 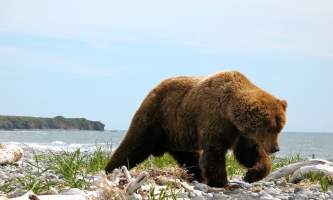 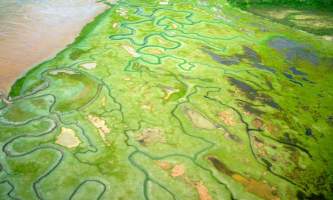 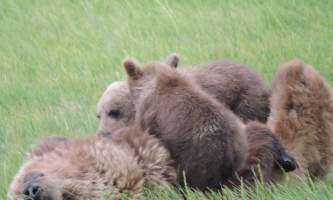 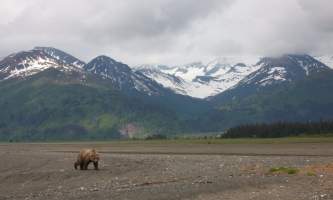 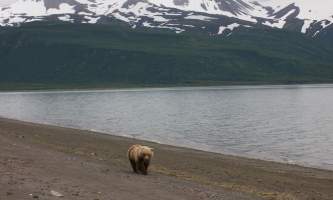 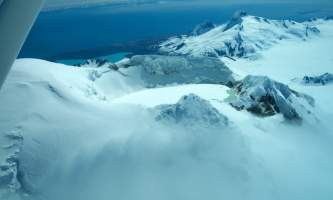 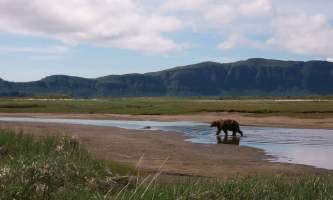 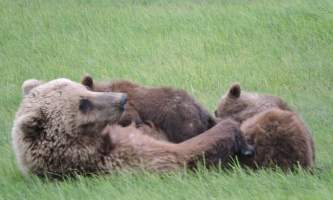 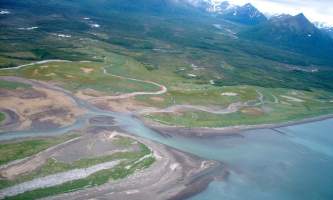 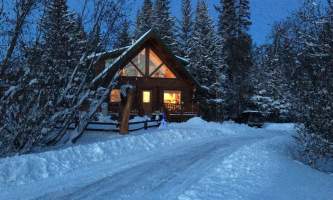 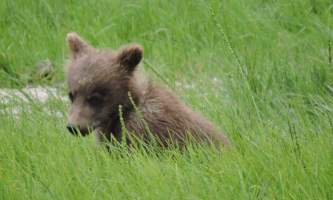 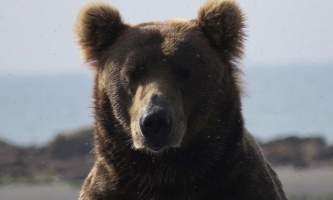 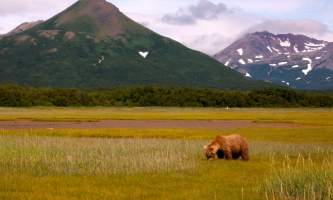 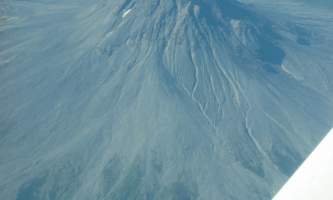 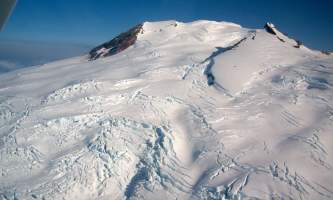 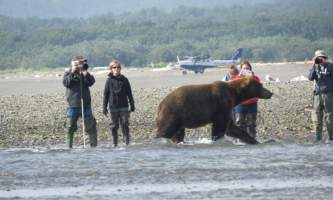