It’s Christmas year-round in North Pole, Alaska—just 20 minutes away from Fairbanks. You’ll find candy canes painted on city streets and holiday parades in July. And at the hub of the festivities is Santa Claus House, a frontier general store and post office turned holiday shop. The postal tradition lives on—official Letters from Santa are postmarked from the North Pole and stamped with an official Santa seal. And today, the store includes live reindeer, a coffee shop, holiday gift items, the world’s largest Santa statue and, in summer months and over holidays, Santa himself.

Christmas in July (or June, or Anytime)

A regular stop for bus tours and independent travelers (there are shuttles from all Fairbanks hotels), the Santa Claus House has become an Alaska destination. Not only is it a year-round holiday here, but there’s an incredible inventory of holiday-themed items in the 9,000 square feet of retail space: Alaska-themed ornaments, Made-in-Alaska gifts, jewelry, sculptures, clothing, and toys for children, many of which are Santa Claus House exclusives.

The most popular offering, though, is the Letter from Santa, a tradition that’s been around since 1952. Every Christmas, the Santa Claus House receives hundreds of thousands of letters from children around the world. During your visit, you can order a letter sent to your child or grandchild. Each letter includes a note on stationery (unchanged since the 1960s), a Santa Claus dollar, a photo of Santa, and a sticker reading “I’m on Santa’s Good List.” You can even purchase the deed to one square inch of the North Pole.

Visitors come as much for the experience as the shopping. There are parades and fundraisers like “Jingle in July” or “Cruising with Santa.” Even if there’s not a special event happening during your visit, there’s always plenty going on. Have your photo taken with Santa, or take pictures beside the 50-foot tall Santa statue. You’ll also find holiday murals that cover the building, a giant sled, and even a short walking path through the woods.

There are also cool activities for anyone coming to Fairbanks during winter’s aurora-watching season. Starting in Late November, you can come check out the “Christmas in Ice” exhibit, an ice sculpture contest that draws in ice artists from around the world, and involves both chainsaws and about 600 tons of North Pole ice (one year's winner featured Santa surfing a wave). Ice art spectators can also find their way through an ice maze or ride down an ice slide. The exhibit stays up throughout December—and plenty of folks even make this a destination on Christmas Day.

From Fairbanks: From Airport Way, take the 1st right into the Richardson Hwy. Turn right onto E. 5th Ave, and then right again on St. Nicholas Dr. The Santa Claus house will be on the left. 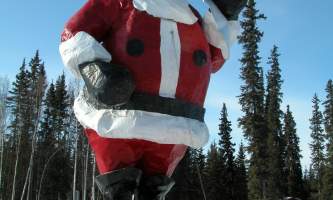 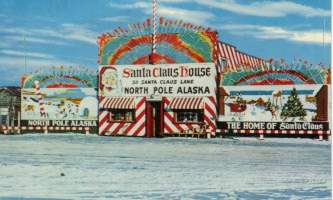 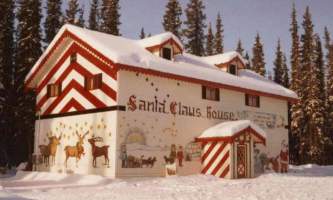 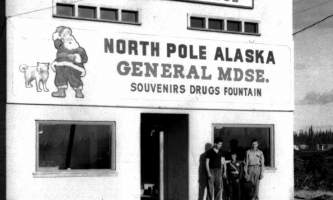 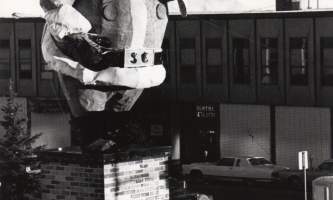 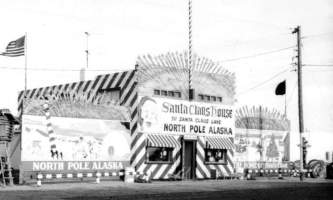 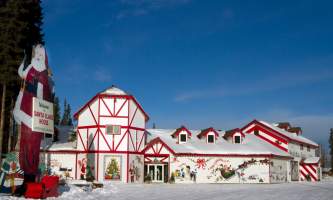 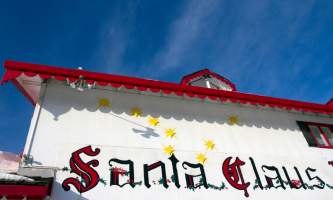 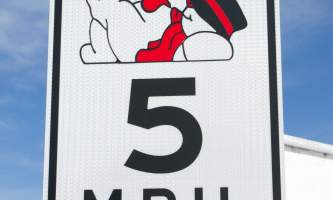 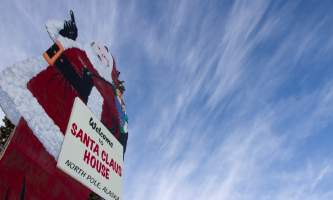 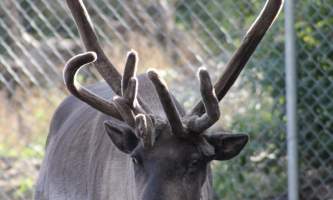 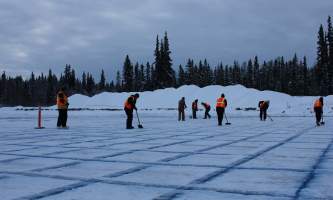 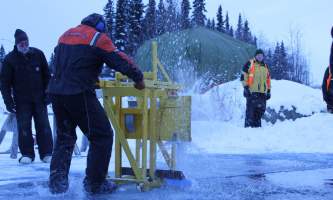 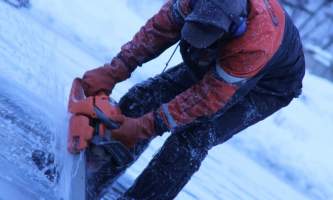 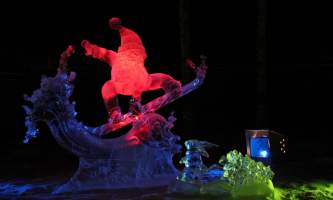 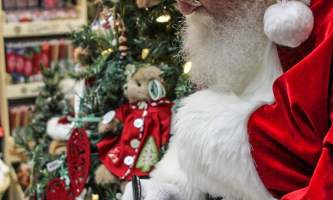