This downtown shop sells what could be the ultimate Alaska souvenir: “Woolens” that come from a very old species of animal, and which helps insure the Native Alaskan community.

These hats, scarves, headbands, and nachaqs (or “smoke rings”) are made of “qivuit,” the undercoat of the musk ox, an animal that dates back to the era of the wooly mammoth. It’s finer than cashmere, eight times warmer than wool, and feels very light. It’s also hand-washable, far less scratchy than wool, and more durable, too (it doesn't shrink, for one thing).

The pieces are all made by members of the Oomingmak Musk Ox Co-op, a collection of about 200 knitters from around Alaska (though most live along the coastline). Different villages create pieces with unique signature patterns: Mekoryuk is the original pattern, derived from a 1,200-year-old carving of a harpoon head. Another, the Tundra and Snow line, is made from 80% qiviut and 20% silk, with patterns shown in the natural and off-white bleached color.

A New Skill for an Old Way of Life

Ironically, though, knitting was not previously part of the Native Alaskan tradition. But when the Musk Ox Co-op was started in 1969, Native Alaskan community members were taught to knit, so that they could make the most of this sustainable "crop” of fibers, and continue to support their subsistence lifestyle.

The musk ox are all over the state (with one large farm in Palmer) and co-op members either help collect qiviut, or are provided the yarn that they hand-knit . Members can knit at their own pace, and yarn and needles are provided as needed. Coop members typically knit between drying fish, collecting berries, and keeping up with other subsistence practices. The qiviut income helps pay for essentials such as imported food, fuel, electricity and more. One knitter once asked how many scarves she needed to knit in order to fix her car (and then knitted enough to do so), while another knitter saved up enough income to buy a new riverboat for fishing.

People who buy qiviut pieces tend to become instant advocates for this little niche.In part it's because they feel good about contributing to an earnest enterprise, or buying something that is uniquely Alaskan—but it's also in part because these scarves and such are really well made, and will last for years.

From Downtown Anchorage: The shop is located on the Corner of 6th & H Street, in downtown anchorage. 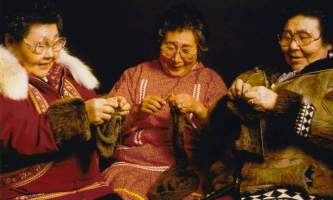 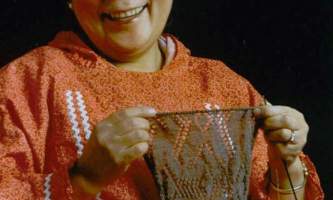 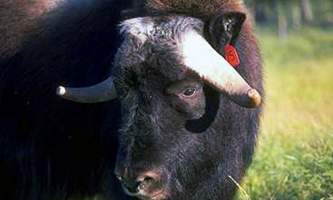 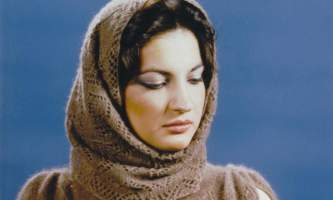 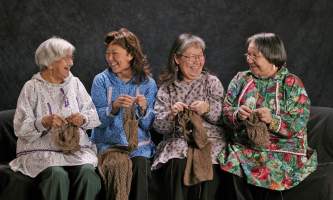 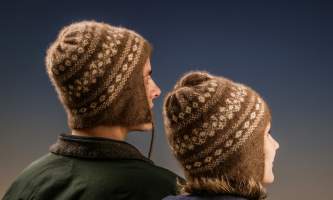 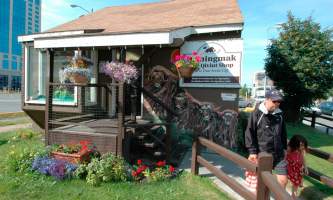 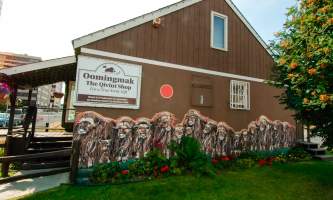