On tap at HooDoo Brewing Company is a quick tour on Saturdays at 4pm of the local brewing operations inspired by a German method rarely employed by a brewery of this size.

Bobby Wilken, Owner and Brewmaster, walks visitors behind the counter and through the process from raw grains (stacked in the back corner) to finished beer, which takes three weeks from start to completion. Visitors get a close-up view of the mill, production vessels, and stainless steel storage and fermentation tanks through which the beer must pass. Bobby, an approachable and passionate businessman, breaks down the significance of each step along the way.

Visitors start at the mill, which grinds barley, oats, and wheat to make up the raw recipe for beer. The next phase of production sets them apart from most, because HooDoo has invested in a three-vessel brewing system (mash tun, lauter tun, and kettle) that mimics those of Germany, rather than the two-vessel system (lauter tun and kettle) used in the traditional English style (and at most American breweries). This extra vessel allows Bobby more flexibility in mixing ingredients and tailoring the temperature and cooking time of a specific batch. To a connoisseur, the level of detail within this approach can make all the difference.

In the kettle, HooDoo adds hops ordered directly from Germany, the Czech Republic, the state of Washington, and the UK. The liquid is strained out (called “wort”) and moved to a 30-barrel fermentation tank for several weeks. Like most breweries, HooDoo also reuses the yeast that ferments within tanks to produce alcohol and carbon dioxide. The bright tanks are the last stop, where brewery staff measure the carbonation in each batch and inject additional CO2 if necessary.

The original home brewing system with which Bobby first started making beer in college occupies a prized place on the brewing floor and is still used for small test batches. A low-pressure steam boiler and glycol chiller (housed indoors, to capture waste heat and lower heating costs in winter) are other key components of brewing infrastructure demonstrated on the tour. Bobby also points out a special machine used to wash out kegs, joking that brewing is 75% cleaning.

Lastly, Bobby opens the cool storage room stacked with HooDoo barrels and kegs of finished beer, and a bottle of “emergency schnapps” in a glass box, should the new brewery should ever miscalculate and run dry.

It all happens in a converted warehouse of high ceilings with patrons seated just a few feet from the brewing floor. The facility housed laser tag before HooDoo moved in, and is located in an industrial section of Fairbanks now defined by the railroad on land that was once an airstrip.

HooDoo is experimenting with new beers all the time, but generally keeps an IPA (their most popular brew) and kolsch on tap, along with a third style that switches by the batch. It’s very much a family enterprise led by Bobby and his sister as well as their spouses. A train whistle, a present from Bobby’s parents on the night of the soft opening, sounds last call for each night.

HooDoo is named for a nearby mountain range where Arctic Man, the wildly popular snowmachine and ski race, takes place each winter. HooDoo is a taproom, not a bar, so seating is limited and the only food is that which is brought in by patrons. The facility is handicap accessible. Tours last approximately thirty minutes, and are free. 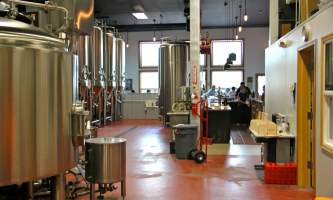 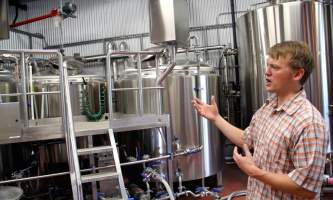 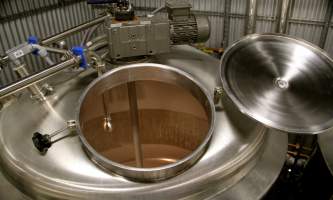 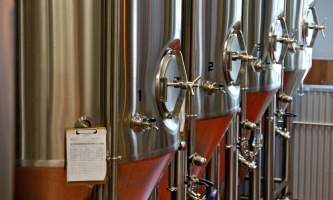 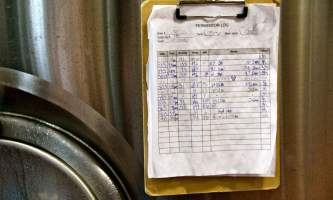 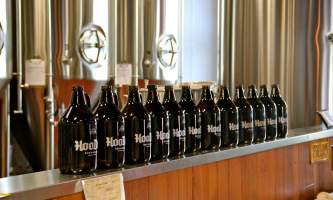 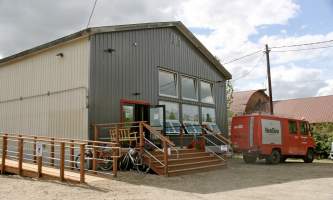