This striking memorial, located at the corner of Whittier and Glacier streets and the entrance to the old town, wouldn’t be at this location—and perhaps wouldn’t be known about at all—if not for the herculean effort of some locals.

The story of the memorial begins back in 1914, when engineers envisioned an ice-free, year-round port for Alaska. It wasn’t built, however, until 1941, when the community of Whittier was founded. And when the port came to fruition, it was essential to have a railroad connection, to get war materials to Anchorage and Fairbanks. Engineers built a 2.5 mile long tunnel through the solid rock of Maynard Mountain for the railroad tracks—a massive undertaking in horrific weather conditions. The impressive result garnered the War Production Award, a civilian award given to only 5% of American companies that participated in the war effort.

After the first trains began arriving in 1943, the Army Corps of Engineers decided to build a monument commemorating this effort. They erected a monument at the railroad station—a stone monolith with a 1,200-pound granite plaque.

It was an impressive sight. As time went by, however, it fell into disrepair and was forgotten about. But then some locals rediscovered it and the monolith was recreated—using the stones from the original—in a different spot, but with the original plaque. Today it once again stands proud, and on special days you’ll see the 48-star flag flying in honor of WWII veterans and pioneers. 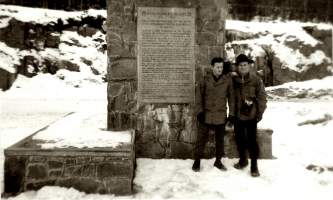 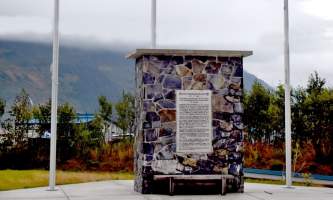 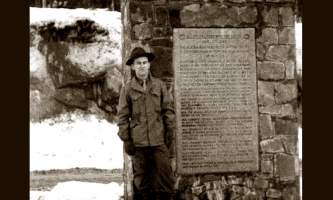