You can find Spotted Sandpipers along the edge of nearly any water source in North America. In courtship and parenting the roles are reversed from many other bird species. The female establishes the nesting territory, mates with a number of males, and lays eggs in one to several nests that are then attended by the male(s). Males often end up raising the young of another because the female has a number of partners during the mating season. 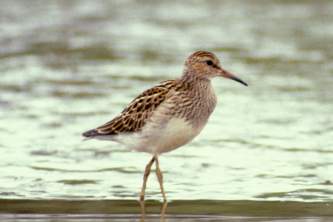 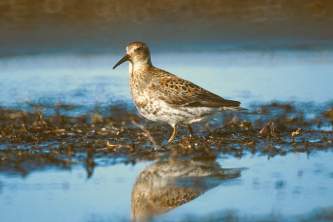 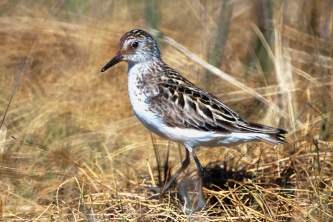 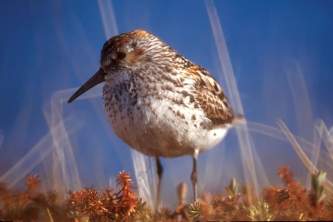