Ostrich Fern grows in very wet woods especially along streams. Fronds grow up to 3' tall in a funnel like form. They are widest in their midsection - tapering slowly to the base but short-tapering to the tip, so that they resemble ostrich plumes, hence the name. The fertile fronds are shorter, half as long, and brown when ripe and they persist erect over the winter and release their spores in early spring. When the ferns first begin growing in early spring the still rolled fronds, called fiddleheads, are collected and used in salads and other dishes. 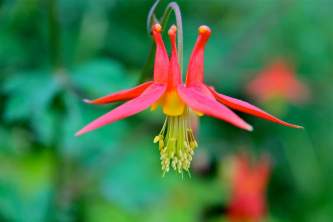 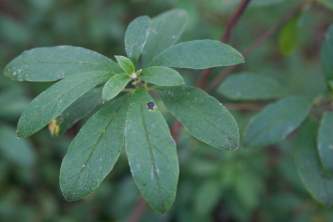