Getting Around Southeast, Alaska and Tongass National Forest

Only three roads into the Panhandle at Haines, Skagway and Hyder. As Haines and Skagway are scenic drives on well-kept highways leading to ports on the state's mainline ferry route, regional and Alaska visitors may choose to drive that far. Long-term parking is available at the two ferry terminals. These two towns connecting Southeast to mainland Canada and the steep, scenic mountain passes leading to them are worth the drive.

If you're traveling light, leave your car behind and see other parts of Southeast without the bother. Larger towns including Juneau, Sitka and Ketchikan offer rental cars, taxi and bus services and in most small towns, a car - and the required patchwork of ferry connections at odd hours to travel between them - may cost more in effort and cash than is gained in convenience.

Alaska Airlines jets serve Juneau, Ketchikan, Sitka, Wrangell, Petersburg, and Yakutat with daily service year-round, plus Gustavus daily during the summer. For all but Ketchikan and Juneau, the flight schedule is limited to two flights per day, one northbound and another southbound. A sample one-way fare from Juneau to Sitka is about $150. Wrangell to Juneau costs $180, one-way. Delta Airlines also serves Juneau from June to September.

Scheduled, small airlines that haul mail and passengers in Southeast Alaska provide convenient links between communities. Fares on these five-seat and nine-seat planes generally average around $2 per mile. Typically, passengers get about 50 pounds of luggage included in the cost of a ticket. Commuter Alaska Seaplanes, a Juneau-based commuter airline, serves 13 communities in northern Southeast, including ones as small as Excursion Inlet, a cannery settlement with 12 year-round residents, and Elfin Cove, population, 20. The amount of open land near a community determines if your plane lands on wheels or floats. At Excursion Inlet, a wide, gravel road serves as a landing strip. In Ketchikan, Taquan Air flies to 18 towns in the southern Panhandle, including several on Prince of Wales Island.

For trips to rental cabins or trails on protected, inner waters of Southeast, chartered floatplanes are a travel standard in the region, with different-sized craft serving groups typically ranging between two and nine passengers. Round-trip rates for a group of four with gear run about $900 for short hops (25 miles) and twice that amount for the same number of clients to travel twice as far. Charter offices can be found at or around Juneau and Ketchikan airports, with Ward Air ranking as the biggest in Southeast. Taquan Air provides charters in the southern Panhandle.

As cars are of limited use, personal, chartered or guided watercraft are key to reaching the Panhandle's remotest nooks and crannies. Sea kayaks equipped with rudders are an ideal form of travel for the Panhandle's sheltered and protected waters, though not for novices. For a small fee, kayaks, canoes and inflatables cab be loaded aboard state ferries. (As can bicycles.)

A few Southeast outfitters are just beginning to rent small vessels outside of guided tours, but they tend to be very selective, requiring independent travelers to show evidence of considerable experience.

So for those wanting to go along, it's BYOB: bring your own boat. Experienced sea kayakers strongly recommend filing a trip plan before leaving and taking along hand-held VHF radios, satellite phones or an inReach devices for rescues in emergencies.

Pack rafts are gradually replacing folding kayaks for fly-in trips to remove areas, particularly on lakes and rivers. While exponentially lighter and more portable than collapsible boats, small inflatables don't offer the same maneuverability or protection from elements as solid-frame vessels and aren't recommended for long trips on open water. 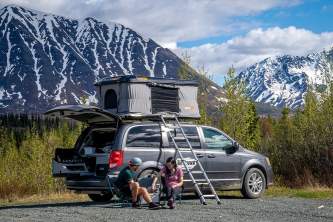 Everything You Need to Know About Car Camping in Alaska

Local tips for a suc­cess­ful car camp­ing expe­ri­ence in Alas­ka. What to pack, buy and where to camp! 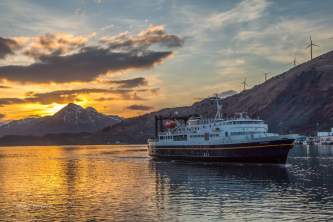 Traveling on The Alaska Marine Highway - A Firsthand Account 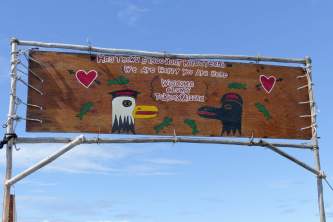 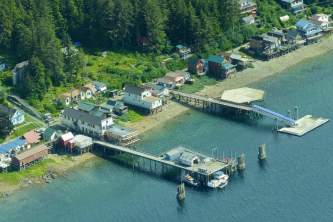