Transportation at a Glance

Train, car, and motorcoach all take you through river valleys and boreal forest, with mountain vistas and views of Denali (Mt. McKinley).

The drive between Denali and Fairbanks takes about 2.5 hours. But you must already have a car; the Denali area has no car rental agencies.

This three-hour motorcoach ride is faster and less expensive than the train, which can be nice if you rode the rails from Anchorage to Denali. Of course, it also means that someone else is doing the driving while you relax. Most motorcoaches arrive in Fairbanks in late afternoon or early evening.

Train is the longest and most expensive option, but it has advantages. First, the 4 p.m. departure time lets you spend an additional afternoon in Denali (though the 8 p.m. arrival time may be too late for some people). Also, of course, you’ll be free to move around and take pictures—an attractive perk, since there are usually domed rail cars. 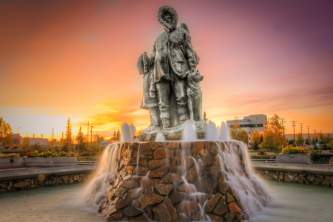 How Many Days in Fairbanks?

Fair­banks has some excel­lent attrac­tions. Here’s how long to stay there, and how to spend your time 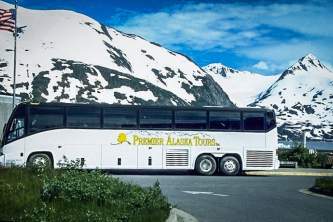 You won’t find Grey­hound in Alas­ka; learn which bus lines serve which routes 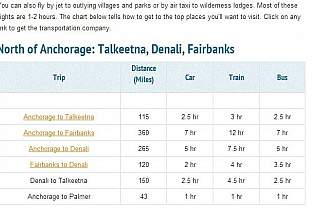 Trav­el times between towns by car, train, and bus in cen­tral Alaska 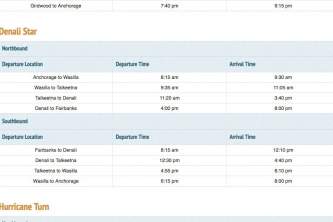