Coyotes are a smart critter that can be seen throughout much of Alaska. Their coloration varies but they're pretty easy to spot with their dog-like attributes. They usually hunt in pairs and typically belong to a pack of six animals. They live in dens and range up to 12miles from that location in search of food. Arguably smarter than dogs, Coyotes have adapted to living near or among humans. They now hunt mostly at night whereas they used to hunt during the day and they give dangerous areas a wide birth. 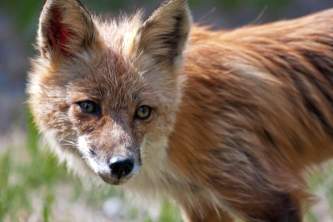 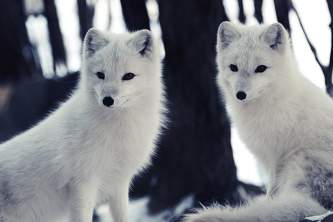 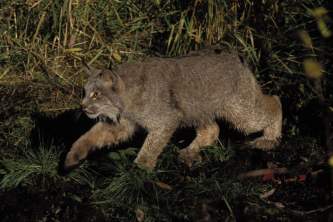