This is not only the oldest hotel building in Seward, but one of the oldest in the state. Many famous people stayed here, and some say the ghost of a murdered women haunts this hotel. Next door is the Liberty Theater, built 1943-44. On the inside, both the hotel and the theater represent a glimpse into what life was like in Alaska’s territorial days. 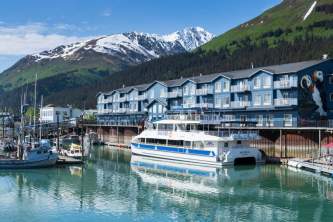