One of the ways in which the University of Alaska Fairbanks (UAF) distinguishes itself is through an institution-wide affinity for the outdoors (their newest slogan is “Naturally Inspiring”). And much to the delight of students and residents, UAF maintains an in-town trail network for skiing, hiking, snowshoeing, biking, and running that is directly accessible from campus (also very popular with dog walkers).

Setting forth on this trail system is one of the easiest ways to get out on a day hike in limited time and the trails are close to other campus attractions like the Large Animal Research Station and Georgeson Botanical Gardens. You don’t even need a car, because the MAC transit system runs buses to campus from downtown Fairbanks and other stops along the blue, yellow, and red lines.

Your hike could range from a half mile to eight or ten, depending on which trails you choose. The beauty of this trail system is that you can tailor it to your preferences. It’s made up of bigger tracks that encircle and bisect large swaths of property as well as short loops and jaunts that are easy to tack on for quick mileage. Ample signage will prevent you from straying too far from your plan.

One of the best access points to the trail network is on the West Ridge of campus. From the corner of University Avenue and College Road, follow Alumni Drive until parallel with campus and continue straight on Tanana Loop. Take the first right off the roundabout, and climb the hill to West Ridge. Keep left to drive directly into the parking lot behind buildings named Akasofu and Elvey. Stop into the UAF ski hut, a hexagonal structure marking the entrance to the trails. This hut is used as a meeting place to wax skis or warm up in winter, when these same trails are groomed for skiers. Pick up a trail map inside. From there, snake through the woods on the winding paths which loop back and connect. Smith Lake is tucked into the woods to the northwest and is a pretty spot with sparse tree cover to take in the view. The trails are built in a hillier section of town with moderate climbs.

Another good option is to follow Farmer’s Loop north of campus from the intersection of University Avenue and College Road. You’ll see a small lake known as Ballaine Lake on the left, and a parking lot at its north bank. Start your hike from this trailhead. The Karl Reishus Loop is a short option that will bring you right back to the start, or you can take the Skarland Trail and the Beaver Slide or Estle Connector to explore the other side of campus. When you’ve had enough, Baseline Tail connects you back to Ballaine Lake.

Keep in mind that people aren’t the only ones who like to use these trails—moose are very common in this area and hostile moose encounters have happened on the campus trail system. It’s important to keep your distance and cede the trail to moose. They have the right-of-way in every case. Should they become aggressive—back away, because they are usually just trying to reclaim their territory.

Bonus: As you leave the trails at West Ridge, take a left on Yukon Drive and pull over at the Observation Point on your right, just in front of Reichardt Building. On a clear day, you’ll be rewarded with spectacular views of the Alaska Range lying south of Fairbanks. Can you pick out Denali? 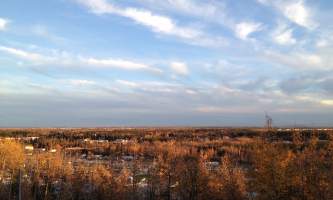 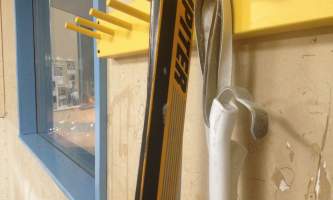 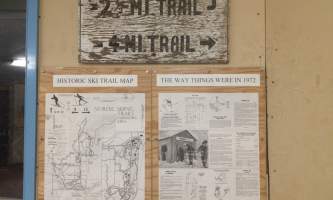 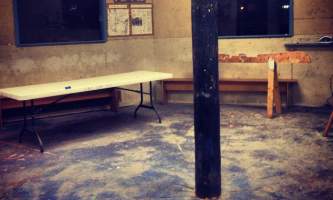