Beginning far up into the mountains of Lake Clark National Park, the Stony River is a little known but beautiful glacial river that flows south away from the Revelation Mountains and out of Sled Pass to a point where it then flows northwest through the rolling foothills to where it eventually joins the Kuskokwim River near the village of Stony River. The upper 50 miles of river are inaccessible and rarely see summertime traffic. However, there is a fine 140-mile section of river that is only Class I, except for a 20-mile stretch of Class II, below the point where the river exits the mountains. Beginning at the spot above where the river joins the Necons and then the Telaquana Rivers, the 140 stretch of Class I and II can be a great 6 to 9 day trip. There are times when the river is high and the canyons of Class II rapids have huge waves and are Class III. At other times the canyons are full of rocky swift rapids that require lots of maneuvering to avoid bashing rocks.

This trip is best started by flying a commercial airline to either McGrath or Aniak where a chartered plane can take you to a gravel landing strip at the confluence with the Telaquana River. Other groups have been known to start at the confluence of the Necons River but there is sometimes too little water for a raft on this upper section so be sure and check with your pilots about what is the best option.

The take out is commonly at the village of Stony River on the Kuskokwim River along its right hand bank just 2 miles north of the mouth of the Stony River. From here you can arrange to picked up by plane and flown back to Aniak or McGrath to connect with a return flight to Anchorage or Fairbanks.

A gravel bar is the start of this run of shallow yet rocky Class I river. The Necons River starts at Two Lakes, which could be a starting point as well, but it is merely a small stream here. This is in a 2-mile wide valley at the point where the river swings from its southward course to a west, then northwest course. The river is rounding the southern flanks of the Revelation Mountains. For 19 miles the river bumps and twists along, over a rocky course to where it joins the Telaquana River flowing in from river left. At one point the river hugs the right side at the base of the mountains with the peak known as Recon 1200 feet above. Below this, the river makes 3 dramatic bends and divides into two large channels around a large wooded island. Just 1 mile below this the Telaquana enters from river left. Both the Necons and Telaquana are clear streams and the cloudy water of the Stony is diluted enough to appear clear. Fishing becomes possible along here.

This is where the river has turned strongly to the northwest as it winds sluggishly for 10 miles between cutbacks at 2 mph. To the left is a 3600-foot high mountain called Only and on river right enters Tunkaleshna Creek. After some more braids, two large islands are passed and then come Eagle Mountain Creek from river right. Three or four miles further the river makes a short turn to the southwest and then enters the first of the lovely canyons.

At a point 3 miles below Eagle Mountain Creek the river begins its run through the 20 miles of short but numerous Class II rapids. These are rocky and swift but not difficult and the canyon bluffs are good for hiking when you can get up to them. There are reports of high water times that see large standing waves and crashing holes along the river shoreline, so proceed with the necessary caution. A half dozen tributary streams enter from the right with Rock Creek being the biggest. Just below Rock Creek on river left is Hidden River Lake, an old oxbow slough and soon after Underhill Creek enters from river right. A few miles further and the larger Little Underhill Creek enters, also from river right. It is here the river has a due west direction and after two short turns to the south, the last of the canyons is encountered and you will pop out of the confined stream channel and the river braids through islands and gravel bars as it enters the Kuskokwim lowlands. The views back to the Revelation Mountains are superb. Still mostly westward flowing the river continues its slow meander past the mouth of Can Creek on river right. There are numerous lakes in this region with fish and waterfowl abundant in them. The final 10 miles to Lime Village are through an ever-widening valley and at one point just before the village the river turns due north. Hungry Creek enters here from river left and the Lime Hills are visible as you approach the village. The village is at N 61 degrees and 20 minutes by W 155 degrees and 29 minutes and does have an airstrip where you could fly home from should you want to.

Past Lime Village the river again swings to the west where it cuts through the Lime Hills, the only terrain relief visible for miles. The current continues a sluggish 2 to 4 mph as you enter this area of wetlands among the low relief of the Kuskokwim lowlands. The river divides past many islands and through gravel bars as it continues its westward flow. The river eventually turns to the north and you will see the Stink River mouth on river left about 20 miles past Lime Village. Now the river is flowing mostly north to a point 4 miles past Stink River. Here is a large bend that swings west, southwest and then due north again. The last 30 miles of river are through more channels with islands and gravel bars to where another due north turn marks the final leg to the Kuskokwim River. Stony Village is on the right side of the Kusko at the mouth of the Stony River. There are regular commercial flights out of here, but having a prearranged pickup by charter is the best way to get home. 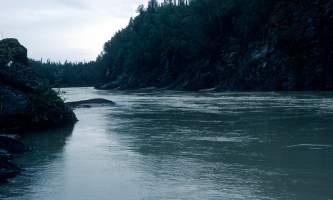 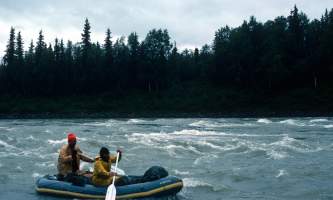 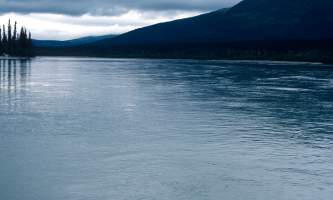 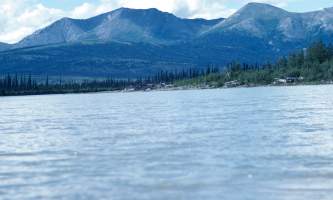 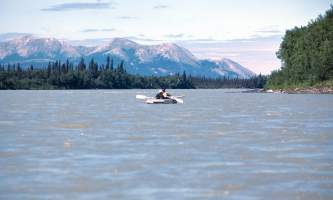 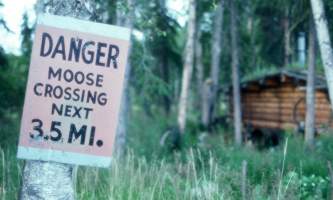 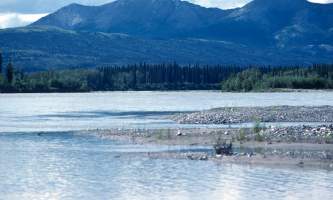 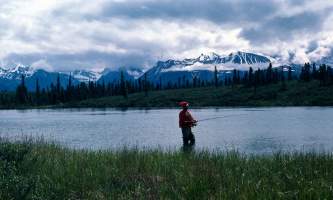 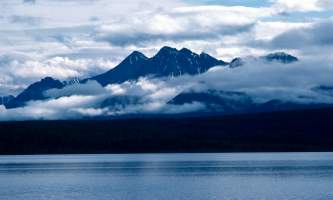 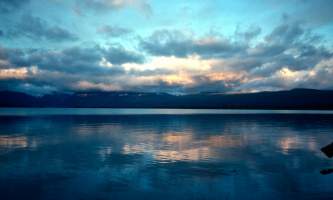 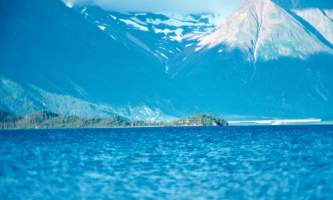 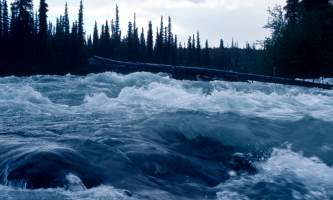 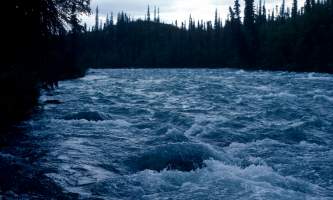 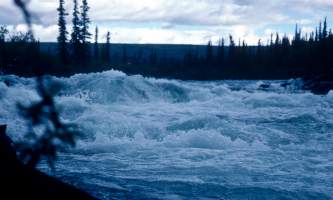 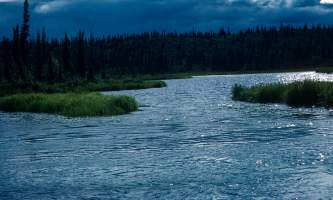 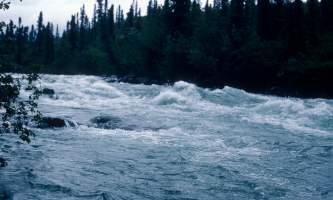