Homesteading is a huge part of Alaskan history and the Alaskan experience; and to learn about how Soldotna was homesteaded in 1947, this is the place to come.

You’ll learn that homesteading played a big role in what Soldotna is today. When you walk around town, for example, you’ll notice that there’s no traditional downtown. That’s because WWII veterans picked up tracts of land here; when a homesteader decided to move, they would sell parts of their tracts. As a result, businesses cropped up here and there—not in any planned formation.

The museum itself is a historic village; the original log cabins were transported here. Each has a motion-activated speaker with narration on the significance of the building, as well as signage about the building.

You could easily spend an hour here, exploring the buildings as well as the flowers and berries growing around the grounds. Also if you call the museum in the summer, you may well talk to one of the original homesteaders—they still work there on occasion! 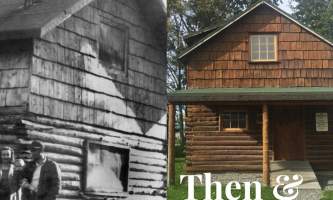 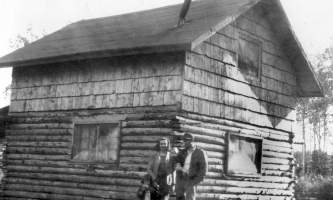 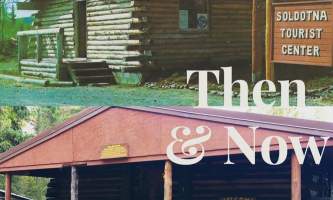 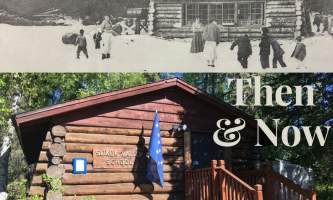