If people suggest climbing Flattop, tell them you’d rather climb Rendezvous Peak. Flattop is arguably Alaska’s most popular (and therefore, most crowded) mountain; Rendezvous is far less crowded and offers better views from the summit. See them by hiking up 1,500 feet to the 4,050-foot summit.

From the parking area you can choose between three different paths to the summit. The most direct route, which is also the hardest, climbs up the ski slope across from the parking area. The longest route drops down through an abandoned military ski area and leads to an access road that runs up to the summit. The other route—the most popular one—follows the old road up to the saddle hanging one mile up the long valley to the left.

This popular route first takes you up a wide trail beginning at the chairlift. You’ll walk parallel to a creek, hearing little more than the sound of running water, the occasional bird chirp, or the marmot warning call. And you’ll see little more than the slopes of Rendezvous Peak rising up immediately on your right and Mount Gordon Lyon above you to the right.

But that changes after 1 mile of steady climbing, when the view opens up at your feet for many miles. South Fork Eagle River runs immediately below into a valley that drops into an even deeper valley. Beyond that, you can see as far as Pioneer Peak and, on exceptionally clear days, the snow-capped Mount Marcus Baker.

You may have trouble breaking away from this view, but it will get better the higher you go. The trail then starts up a relatively steep slope toward the summit above. You may find the final rock band around the summit a bit intimidating, but the trail avoids these rocks rather handily by contouring around the left side of the mountain. As you swing around this section of trail, you’ll come into view of the upper reaches of South Fork Eagle River.

There, more than 7 miles away at the uppermost end of the valley, stretches the turquoise water of Eagle Lake and (on the other side of a narrow isthmus) the emerald water of Symphony Lake. Immediately behind them rises Cantata Peak (6,410 feet) with the taller Calliope Peak (6,810 feet) looming over its right shoulder. Off to the far right rises the appropriately named Triangle Peak. To the left, 4 more miles up behind Eagle Lake, rises the dominant mass of Eagle Peak (6,955 feet), the area’s highest peak.

After swinging around the backside of the summit, the trail carries you up into a small notch with the upper end of the ski lift on the left and the summit on the right. Now you only need to make a very short, easy scramble up the gully on the far side of the notch to stand on the 4,050-foot summit.

You have a good chance of enjoying the view in solitude—a privilege rarely granted on Flattop. Not only is Flattop more crowded, but there you can’t look out for so many miles in so many directions. Spin around and take it all in: the Alaska Range to the west; Denali to the northwest; the Talkeetna Mountains to the north; and the Chugach Mountains, which extend ridge after ridge until, melding into the haze of distance, they pass out of sight. 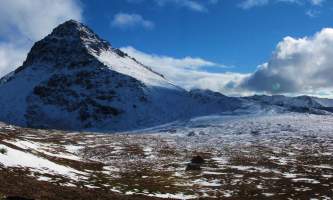 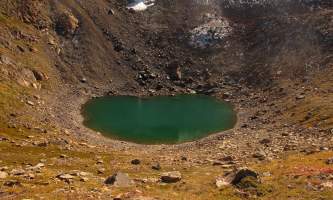 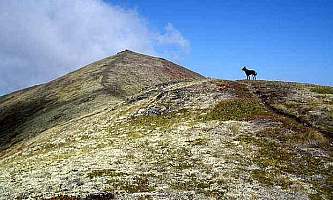 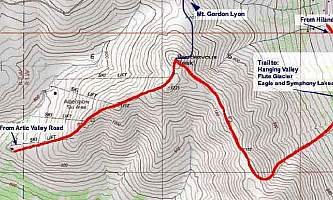 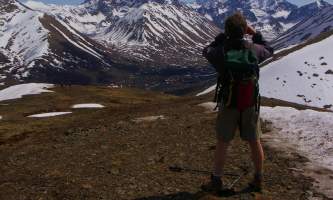 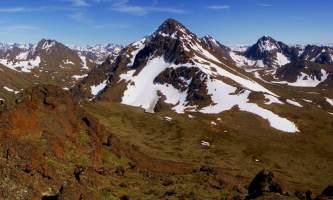 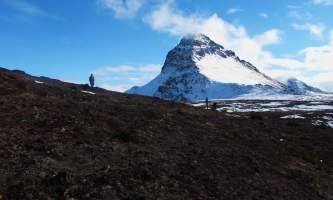 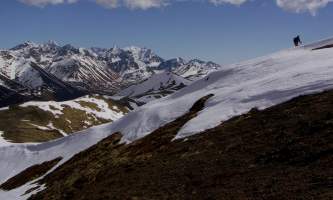 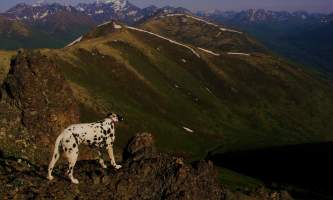 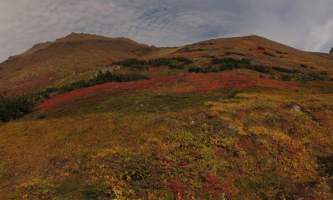 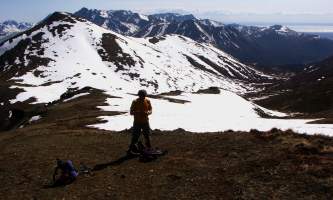 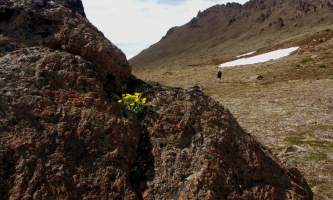 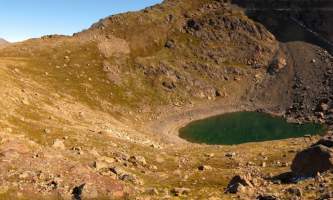 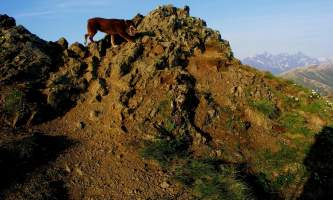 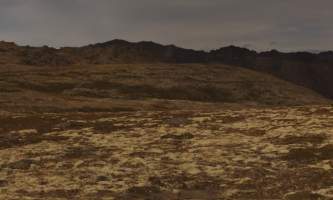 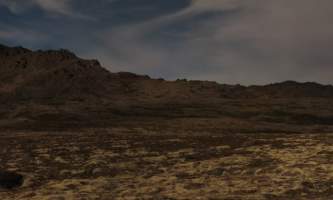