Palmer Creek and the road that follows it were named after George Palmer, who in 1894 first discovered gold on its banks. The creek was the site of early placer mining and later lode mining. Evidence of the historic Lucky Strike and Hirshey mines, as well as the Swetmann camp, can be found along trails that lead to Palmer Lakes. Several hiking trails are accessible from the Palmer Creek Road. 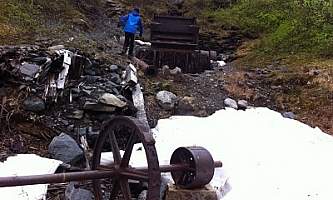 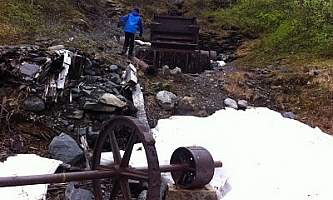