The Nowitna River, or Novi as locals refer to it, is a non-glacial Class I river with a short bit of Class II river flowing north of the Kuskokwim Mountains and is a National Wild and Scenic River. Much of its length is within the Nowitna National Wildlife Refuge, and for over 300 miles, this tea-colored river slowly flows out of the Susulatna Hills and Sunshine Mountains, through wooded and hilly terrain, en route to its confluence with the Yukon River above the town of Ruby. It traverses a very remote and primitive area that is home to a large black bear population. There is a stretch of whitewater in the Nowitna Canyon area. Not a true canyon bound by steep cliffs, it is, however an area where the water speeds up and several small rapids are found. The lower reaches of river below Mastodon Creek are slow and meandering with many extra miles of meandering as the river finds its way through the low gradient landscape. There is a 245-mile section of river that can be floated in as few as 10 days but 12 to 14 days would be a better trip length.

To get to the river you must first get to Ruby or Galena, two large Yukon River villages. This can be done with regular commercial air flights from Fairbanks or Anchorage. From either Ruby or Galena you can charter a floatplane, most likely a DeHaviland Beaver, and fly to the area of Meadow Creek where a straight stretch of river makes for easy landings and takeoffs. Where Meadow Creek joins the Novi the river exits an area of muskeg and bog and begins a more direct path, albeit, meandering at times.

There are two options for your take out. The first is to have a prearranged pickup by floatplane at a point just above where the Novi meets the Yukon. You should check with your pilot on the flight in, about where to meet up for the take out. It might save a few dollars to continue down the Yukon an additional 45 miles to the town of Ruby where you can then fly back to Fairbanks on a regular commercial flight.

Where The Novi and Meadow Creek meet is where the river leaves its upper open valley of meadows and where the river begins a more confined corridor on its north easterly course. There is a good deep, straight section here where planes will land, as well as several riverside lakes that would do for a landing. The pilots will let you know where they are going to put you. The river meanders and moves along at about 2 mph and hills border the river in the upper reaches with bluffs rising from the rivers edge in places. After meandering for 6 to 8 miles, the Susulatna River joins from river left. A few more miles and Pilot Creek enters from river left and it is at about this point that the Wild and Scenic River corridor begins and the river carries that designation all the way to the Yukon. Continuing along the river there is Our Creek entering from river right. The river is very meandering, with sloughs and islands to steer amongst. Further along, the Sulukna River joins from river right and the tree-lined shores give glimpses of the surrounding hills. About 30 miles below the starting point you will come to where Mastodon Creek enters from river right and it is here the river begins to change its character. The river straightens out and a small canyon is entered where several sections of Class II whitewater exist. The rapids are small drops through boulders and over riffles. The canyon has several tributaries entering from river left, while a wall forms the right river shore. Mastodon Peak is a 2000-foot hill at the high point of the right side valley wall. The only tributary from river right comes after 10 miles of canyon and is the Titna River. The Titna is a good-sized river, 80 feet wide, upon which there are mining claims. Just below the Titna is an abandoned cabin. This region is accessible by riverboat from the Yukon and a few native cabins and fish camps can be found along here. Once you enter the Nowitna Canyon, the river runs straight and swift with the current up to 5 mph. After flowing steadily northeast where the Big Mud River joins the Novi, the river makes a dramatic swing to the west.

Where the river swings back to the west is where the Big Mud River and Grand Creek enter from river right. Here the main river cuts between Nowitna Peak to the north and the 2000-foot hills to the south. The river is slow and winding as it runs west past the confluences with the Lost River and Little Mud River valleys. You will wish you had a small motor to push you down this stretch of river as the current becomes sluggish and headwinds can hamper your progress. The river stays north west for miles and then switches to north then northeast for the final winding stretch to where it meets the Yukon River. Above the confluence with the mighty Yukon is a slough that is a common take out point.

From the Yukon it is a 45-mile float down through a stretch of islands and channels but by staying near the left shore you will have no trouble reaching the town of Ruby which lies just after Nine Mile Island and Straight Island. Pull in above the town to find out where the airstrip is located and then try to move as close as you can get. There may be locals willing to help move your gear to the airstrip. For miles in the lower reaches, the Ray Mountains north of the Yukon are visible. The biggest challenge to this stretch of river is finding good dry campsites that are not infested with mosquitoes!

By talking with the pilots and flight operators, you may be able to arrange a pickup in the Big Mud River area, thereby saving the long flat section below this area. 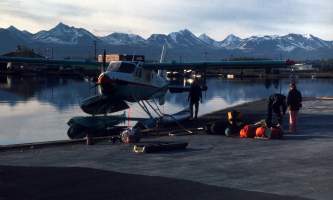 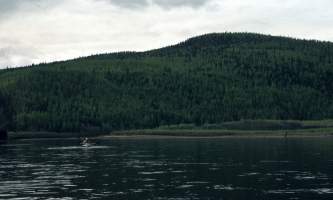 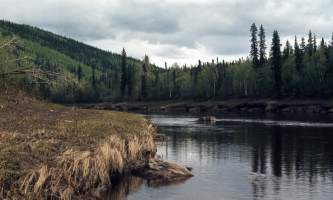 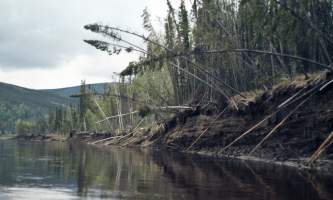 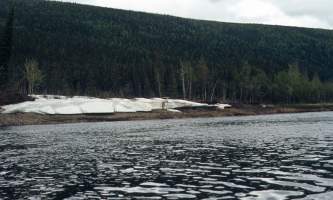 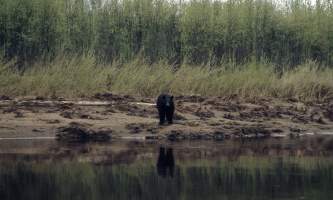 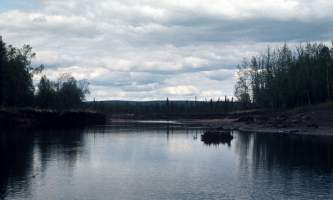 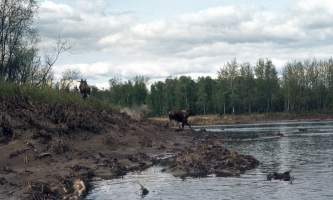 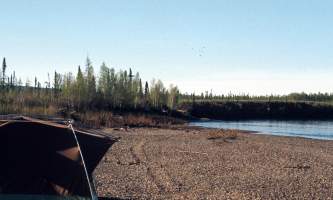 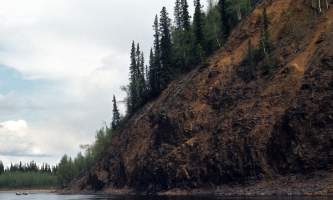 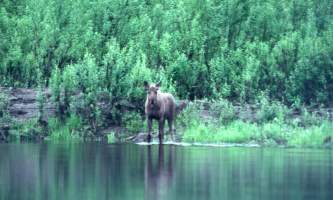 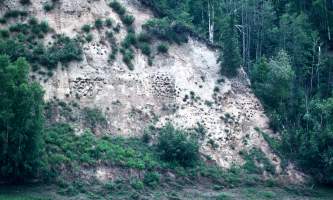 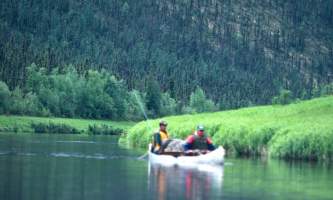 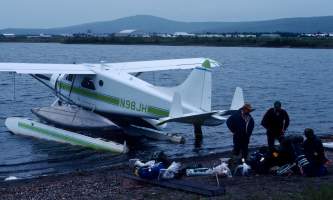 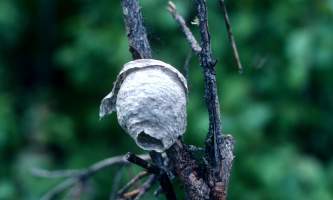 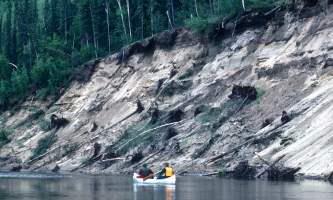 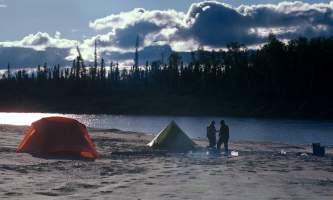 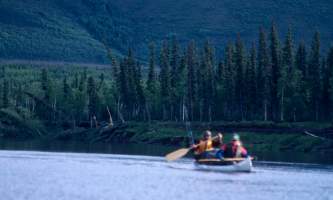 Put In Option for Now­it­na River

To get to the riv­er you must first get to Ruby or Gale­na, two large Yukon Riv­er vil­lages. This can be done with reg­u­lar com­mer­cial air flights from Fair­banks or Anchor­age. From either Ruby or Gale­na you can char­ter a float­plane, most like­ly a DeHav­i­land Beaver, and fly to the area of Mead­ow Creek where a straight stretch of riv­er makes for easy land­ings and take­offs. Where Mead­ow Creek joins the Novi the riv­er exits an area of muskeg and bog…  ...more

Take Out Option for Now­it­na River

Have a pre­arranged pick­up by float­plane at a point just above where the Novi meets the Yukon. You should check with your pilot on the flight in, about where to meet up for the take out.

Take Out Option for Now­it­na River

It might save a few dol­lars to con­tin­ue down the Yukon an addi­tion­al 45 miles to the town of Ruby where you can then fly back to Fair­banks on a reg­u­lar com­mer­cial flight.