You’ll have a hard time losing your way on this 2.5-mile climb of 4,301-foot-high McHugh Peak. You’ll also have a hard time forgetting the view from the summit, which extends up the length of Turnagain Arm and across Knik Arm to the Alaska Range. It’s even more satisfying knowing that you found your way to the summit with only minimal help from the trail.

Though many peaks in the Front Range above Anchorage reach higher above sea level than McHugh Peak, none extend over so many square miles. This massive size has resulted in a variety of climbing routes; the most direct one is the route from Brewster’s Drive. Considering how much of this route doesn’t follow a trail, it’s surprisingly easy. You don’t need any unique ability in route-finding—just the energy to keep climbing.

As you drive up Rabbit Creek Road and reach the turnoff onto Clark’s Road, you can see McHugh Peak up to the left. (You can also see the wide, 1,100-foot gully where the north and west ridges meet; this is what you’ll follow on the first part of the climb.) After turning up King’s Way Road and following Brewster’s Drive to the gate, you’ll have almost reached the base of that gully. To get there requires a short walk up the road to where a rough (and often wet) trail leads through the brush.

Now the climbing begins. If you start this climb in June or before, you’ll have a good chance of quickly climbing into snow. If the snow seems firm enough, you can kick steps straight up the gully. But if the snow seems too soft and seemingly avalanche-prone, then you should climb onto the ridge on the right and follow its usually bare crest to the top of the gully.

There, the route climbs at a much shallower angle as it bears right around the base of the rocky ridge top. On the far side of the slope you should come upon a view of a broad plateau with its crown-like summit rising above the far side.

Here you can find another faint trail to follow around the upper end of the valley; eventually, it drops down to the right and onto the plateau. Where the trail peters out, you’ll begin the long gradual climb across the plateau toward the summit crown.

Here the slope begins to turn upward dramatically. And when you reach the base of the crown, you’ll need to use your hands to climb the crown itself. Pick one of the gullies on the right side of the crown and scramble up to a small rock-walled platform just below the summit boulder.

To climb this boulder you need to perform an actual rock-climbing move up the 10-foot slot at the left end of the platform. Once you’ve made this final, exhilarating move, you’ll stand on the broad, bare-rock summit of McHugh Peak (4,301 feet).

If you thought twice about making that last rock move, the view should make you happy you did. To the west, you can see across the gilded waters of Knik Arm to the snow-capped peaks of the Alaska Range. To the east, you can look down much of Turnagain Arm. To the south, you can view the length of the Kenai Peninsula’s west flank, all the way to where the gilded waters of Cook Inlet disappear toward the Pacific Ocean. 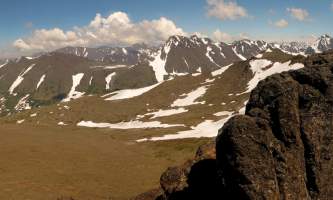 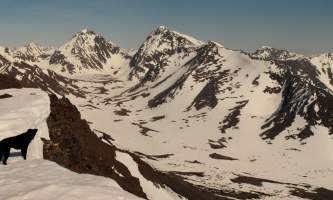 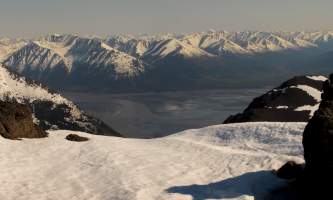 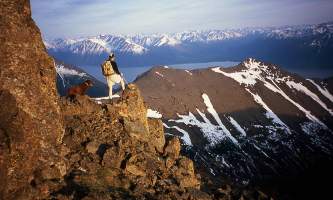 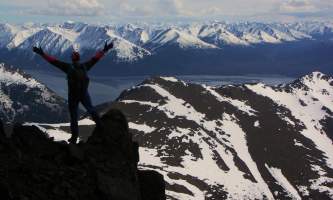 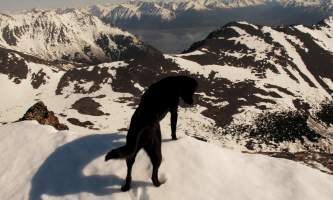 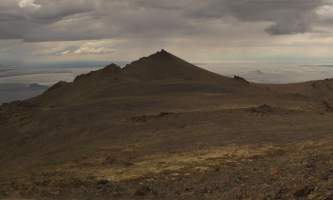