Kantishna Air Taxi will be reopening in 2023

This is the only flightseeing company with an airstrip inside Denali National Park in Kantishna. Because you depart so much closer to the mountain than other tours, in a one-hour flight, you’ll get 40 minutes circling the mountain. Travelers come off these flights saying it’s the coolest thing they’ve ever done.

The Express Lane to Deep Inside Denali

Kantishna Air operates at two airstrips in the Park, one at the entrance and one at the end of the park road in the old mining town of Kantishna. So you can fly into the Park right from the Visitor Center or take a flight once you are deep within the wilderness. You can also combine it with a Denali Park bus trip to save time and see more of the Park.

You’ll look down on the camps of mountain climbers or crevasse-studded glaciers; stare up at sheer granite faces and fluted mountain ridges and learn about the history of North America’s tallest peak.

Greg LaHaie started the company in 1992 after he became captivated by bush planes while working as a naturalist guide at the Kantishna Roadhouse. He learned to fly, built up his hours and in the years has added three more planes and built a small lodge in the park. Kantishna Air Taxi has a perfect safety record, immaculate planes and 20 years of mountain flying experience.

Greg has been conscious of the atmosphere of his remote location and has not grown too big or sacrificed quality for numbers. You’ll get two-way headsets and window seats, and he makes sure you get real narration—hiring pilots who love the area and have the experience and stories to share it with you.

Here are some of their most popular trips:

You take a narrated bus tour to the end of the Park road, have lunch at one of two Kantishna Lodges, take part in a guided activity, and then take to the sky for a scenic flight around Mt. Denali and the Park wilderness. You’ll get back to the Park entrance in 55 minutes instead of six hours.

You begin with a flight at noon from the Park Entrance. Fly through the Park, and, weather permitting, right up the spine of the Alaska Range, next to the North Face of Denali, and land in Kantishna – at the very West end of the Denali Park road. Your bus ticket and Park Pass will be waiting for you when the Kantishna Air ground crew meets you at the plane. Then you will get to experience the whole park road (5.5 hr. trip).

This is a non-narrated tour on an NPS shuttle or camper bus. The bus does stop for wildlife and scenic photo opportunity, at each rest area and Eilsen Visitor Center. Guests may get off at any time to hike and then take a later bus back. Guests must bring own food and provisions (there are no services in Kantishna) as well as be prepared for cold weather and rain.

Flightsee from Kantishna (The Grand Ascent)

If you are staying in Kantishna for two nights or more, then you’ll want to arrange a flight to Mt. Denali. Greg and his pilots keep the flight time flexible, so you can take to the air when the mountain is out. Morning, mid-day or evening, they’ll fly when you’re going to get the best views.

The one-hour flight has a 10-minute approach, since you’re only 23 miles from the mountain. That leaves 40 minutes to circle the massive peak—and it takes every minute. Flying at 10,000 feet beside the 20,000-foot summit, the mountain looms large, and you’ll see all aspects: climbers’ camps in June and July and the climbing routes up West Buttress; awesome glaciers, rock walls, granite spires and fluted ridges; the Great Gorge, Mt. Hunter and Mt. Foraker. You’ll see a world you can’t even imagine.

Fly direct from Anchorage to the backcountry of the Park. A great option if you are staying at one of the Kantishna lodges (can save you a whole day of travel). The plane can hold four people with luggage or five folks without bags and you’ll be listening to the ripples of Moose Creek or biking alongside Wonder Lake 1.5 hours later. Plus you get an epic flight—over the Knik Arm, up the wide, glaciated valleys of the Mat-Su and up to the wilderness peaks of the Alaska Range.

Fly to the Park Entrance and save yourself the 8-hour train ride on one of your legs to Denali Park. The scenic flight is only 1.5 hours from Merrill Field (downtown Anchorage). Add on an extra ½ hour for a scenic tour of Denali on the way.

Kantishna Air Taxi can fly you direct to many locations in Alaska. We commonly fly direct to Seward, Homer, Fairbanks, Talkeetna, Girdwood, McCarthy, and even other off the beaten locations where there is an airstrip.

By Car for Flights Departing from Denali Park: From George Parks Highway turn west onto Denali National Park road. Continue past Riley Creek Campground, Post Office, and Wilderness Access Center. As you approach the railroad tracks, turn left onto an unmarked dirt road. (If you get to the round-about, you’ve gone too far.) Ignore sign posted “No private vehicles,” continue to the end of road and park in the second of two small parking areas on the right. The train depot will be in front of you and the airstrip will be behind you. Walk toward the right end of the airstrip and stay on the access road, where your pilot will meet you. 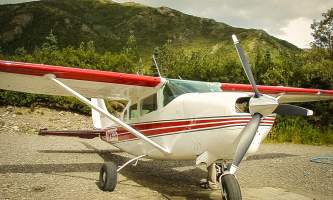 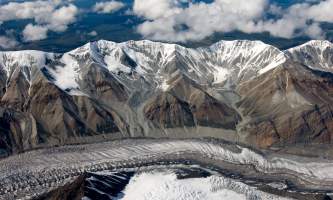 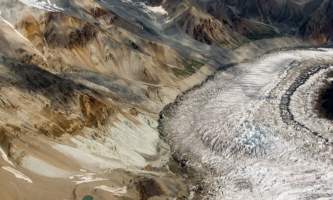 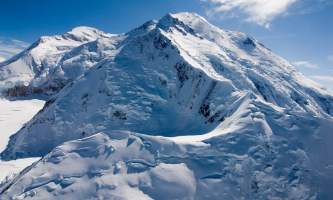 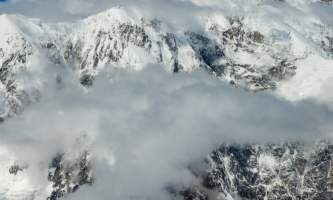 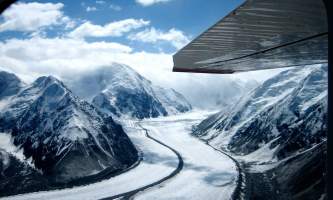 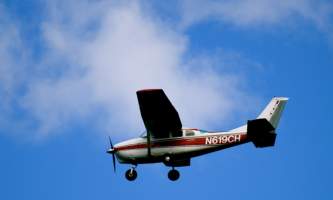 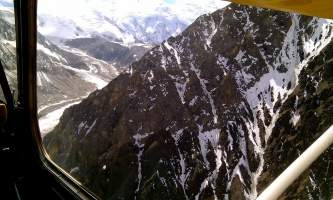 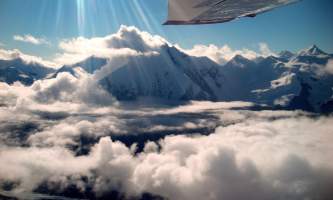 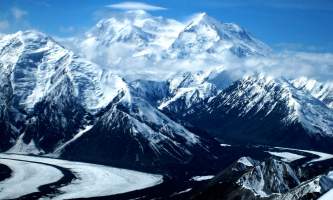 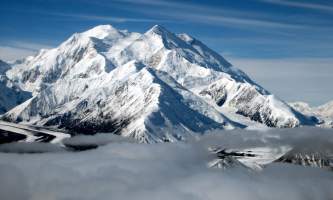 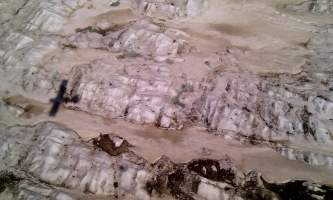 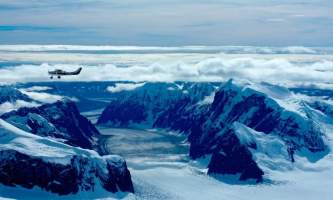