About the Audio Guide

One of Skagway’s best-known characters, for better or worse, was Jefferson Randolph “Soapy” Smith.. He was not a man to be taken lightly. He was a well-established con man throughout the west of the United States and was the epitome of the word crook.

Here is his saloon, Jeff Smith's Parlor, still looking much as it did during gold rush days. Smith, the last of the big-time western bad men, was a con man who took over Skagway during the winter of 1897-98. He landed here with only a few confederates, but through a combination of skill and guile he soon controlled an underworld of more than 200 gamblers, swindlers and thugs. His power seemed almost limitless until July 8, 1898. On that fateful day, he and surveyor Frank Reid shot it out on one of the town's docks. "Soapy" was killed instantly. A hundred wild stories have been attributed to Smith, most of them true. His saloon was originally located on 6th Avenue; it was moved here in 1964.

As you walk up Broadway, you'll find history all around you. The pioneer scene before you has not changed much since the time of the gold rush "stampeders." For the next two blocks, almost every building you see was constructed between 1897 and 1900. 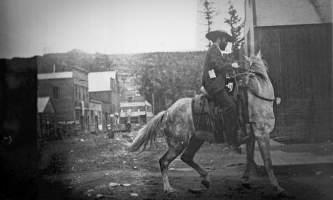 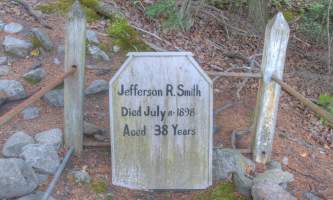