The 95-mile long Ivishak River flows north, through the Philip Smith Mountains and the northern foothills of the Arctic National Wildlife Refuge, to join the Sagavanirktok River on the coastal plain, 50 miles south of Prudhoe Bay. Fed by glaciers in the headwaters area, the Ivishak starts at a lake in a glacial trough and flows quickly through rocky riffles for 8 miles, then forms a single channel for a third of its length before becoming an increasingly wide, braided floodplain typical of northern Alaska rivers. It winds past year-round flowing springs, ice fields, and glaciers in hanging valleys. Birdlife is abundant with over 100 species occurring here. The upper section of river is within the Arctic National Wildlife Refuge and is a designated Wild and Scenic River while in the refuge. It eventually pours out onto the arctic coastal plains and joins the Sagavanirktok River 50 miles from the coast. It is great trip for those with good to intermediate wilderness camping skills. The river itself offers a Class I and II trip over a distance of just under 90 miles to the first fly in take out spot. If you don't mind the industrial aspect and the motorized hunters and fishermen zooming upriver in jet boats you could save a little cash and float the 50 miles remaining to the town of Deadhorse where a flight home or a car could be found. 5 to 10 days could be spent in this watershed.

This far north region is best reached from Fairbanks. There are regularly scheduled flights with several operators from Fairbanks to Bettles or Deadhorse, where a chartered plane on wheels or floats can get you to the river's start. You could drive to Coldfoot where Coyote Air specializes in flights into this region. They may even pick you up in Fairbanks if you book their B&B. It is even possible to drive the Dalton Highway all the way to Deadhorse and start from there, but you will likely lose both headlights, the windshield and a tire or two on this rough gravel road. Eventually you will fly to the headwaters in the Philip Smith Mountains. Floatplanes can land you on a small lake not far from the much bigger Porcupine Lake. Wheel planes can drop you on a gravel bar below the outlet stream from Porcupine Lake. Either way it is 80 miles to the first and most common take out point or it is 130 miles to Deadhorse.

Take out is usually from a gravel strip at the confluence with the Sagavirktok River. As mentioned, you could float on down to Deadhorse but to spend as much time as possible up in the superb mountain country where hiking is awesome, we recommend the upper take out. Some commercial companies only float 25 miles and camp and hike for a week while doing so. Pilots may have a few other take out options for you. The float down to Deadhorse is quite unspectacular and littered with boats and camps and jet boats speeding up river are common from that point down.

This a breathtaking locale with ancient ocean beds that are now limestone mountains forming the Philip Smith Mountains. It is a similar landscape to the Marsh Fork of the Canning River which lies across the mountains to the east. Spend as many extra days as you have in this upper region as the hiking is superb here. The outlet stream of Porcupine Lake is a steep rocky creek, Class II in character, that requires lining of kayaks and canoes and dragging and portaging a raft. This is why many prefer to use a wheel plane and land on a gravel strip as far up the river as you can. The lake is a beautiful setting where it sits in a huge glacial basin surrounded by the rugged limestone mountains.

The river continues swift and a steep Class II for another 4 miles below the lake outlet stream with a due north run through more riffles. There are several good campsites along here with long mountain ridges coming right down from the 6000-foot peaks to the riverside. The large delta fan on river right is a classic debris flow that almost blocks the river, thus pushing it into a short single channel. The river stays confined to a small valley for miles with more great campsites that have hiking access. For almost 4 miles the river is pushed over to the right side of the valley by all the debris flooding down the streams from the left. After 25 miles a large tributary enters from the left and here the river valley begins to widen a lot. There is a low pass on the right over to the Echooka River about 10 miles further where the river swings sharply to the west and for another 10 miles the river begins it's exit from the mountains to where joins the Saviukviayak River and Flood Creek further downstream. It is possible to end your trip here with a pick up on a gravel bar that is known by the pilots. Be sure and get a GPS mark for it. Where the river flows out of the mountains is a trick spot for choosing the correct channel. It is a huge delta of channels with aufeis remaining well into June sometimes. Stay with the main flow and watch for ice dams. If there is a suitable gravel bar for landing planes this would be a good place to finish your trip. Up to a week could be spent along here.

It is here you leave the rouged limestone mountains behind as the river flows out into a land of rolling hill country with many lakes scattered among them. Once through all the delta gravels of the Ivishak, you arrive at Flood Creek and Sav. River confluence where the river begins a due north course and after 18 miles the Echooka River enters from the right. Here the river swings to the west and soon the Sag is reached and the sound of big trucks rolling up and down the Prudhoe Bay haul road can be heard. Take out is at the respective gravel bar as noted by your pilot. 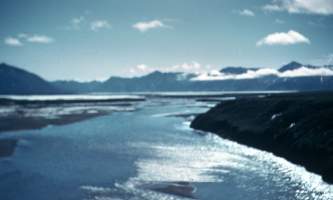 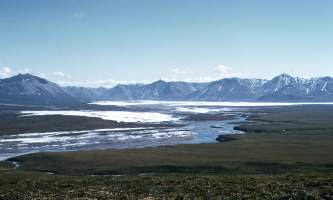 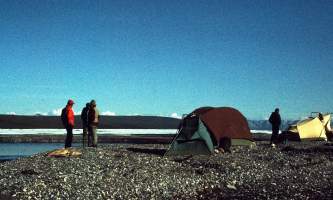 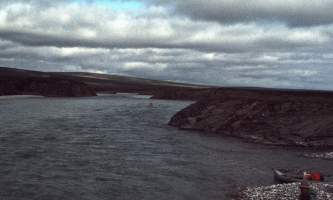 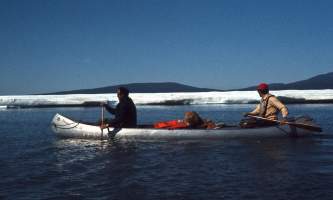 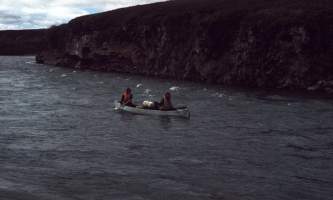 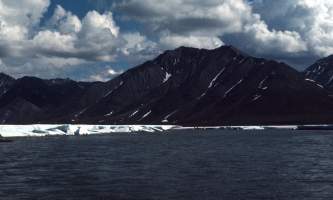 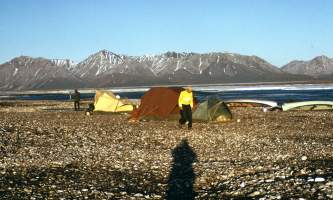 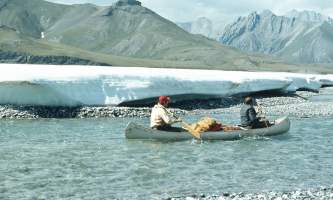 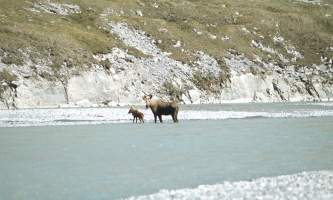 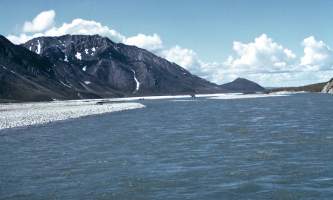 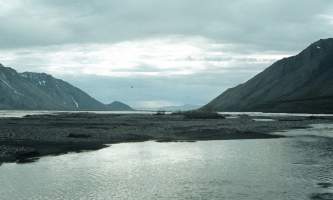 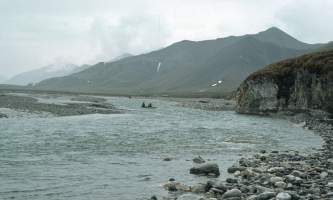 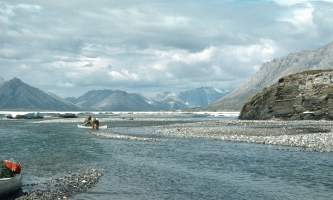 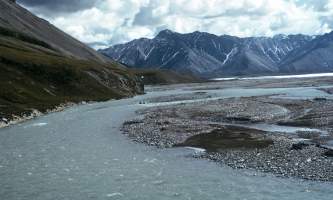 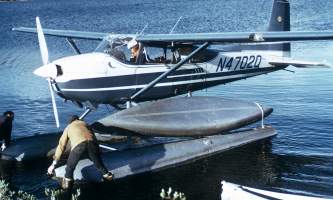 Take Out Option for Ivishak River

Take out is at the respec­tive grav­el bar as not­ed by your pilot.

Put In Option for Ivishak River

This far north region is best reached from Fair­banks. There are reg­u­lar­ly sched­uled flights with sev­er­al oper­a­tors from Fair­banks to Bet­tles or Dead­horse, where a char­tered plane on wheels or floats can get you to the river’s start. You could dri­ve to Cold­foot where Coy­ote Air spe­cial­izes in flights into this region. They may even pick you up in Fair­banks if you book their B&B. It is even pos­si­ble to dri­ve the Dal­ton High­way all the way to…  ...more