This bar was founded in 1994 by a few locals who felt that Anchorage needed a really good bar for craft beers. Clearly, they were right—both locals and tourists made this place a near-instant institution.

There are two Humpy's satellites—one at the Anchorage airport, and one way down in Kona, Hawaii—but the original location downtown has plenty of original charm, such as the booth named for one owner (the Jimbo) and 50 beers on tap. The lineup includes a lot of Alaskan brews, as well as acclaimed craft beers from around the nation, with a big emphasis on Pacific Northwest beers, such as Pyramid and Deschutes. But the place is for more than just beer snobs: There’s live music (with no cover) many nights, from mellow acoustic to rock (with local bands such as Nervis Rex, the Eternal Cowboys).

It’s also a prime location to watch sports on the big screens; locals up here may tend to favor Seattle teams, but the ownership also embraces its pro-Red Sox bias. Since it’s just down the street from the Alaska Center for the Performing Arts, you might come across concertgoers and the like, but overall the vibe is laidback and perhaps just a tad boisterous.

Crab Cakes and the Kodiak Arrest

Humpy’s has also made a name for itself with its menu of bar food that includes burgers, salads and a lot of Alaska flavor— such as steamer clams or a char-broiled halibut burger. On any given evening, you might find island-themed specials, or on Tuesdays, tacos and Thursdays, barbecue.

On weekends, breakfast features classics (hangover skillet, or biscuits and gravy) as well as only-in Alaska options such as a King Crab Cake, blackened halibut Benedict or a reindeer sausage frittata. The TV show Man vs. Food has been here and lived to tell about it: if you like a culinary dare try the Kodiak Arrest Food Challenge, which includes seven king crab nuggets, 14 inches of reindeer sausage, three pounds of King Crab, side dishes and a wild berry crisp for $159; if you eat it in less than 60 minutes, you get a comped bill, t-shirt and a spot in the Humpy's Hall of Fame. 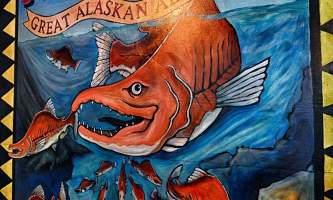 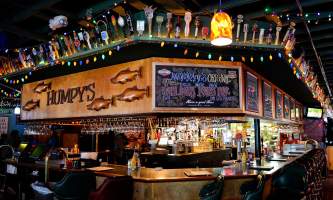 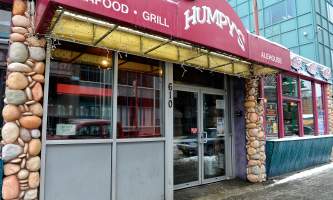 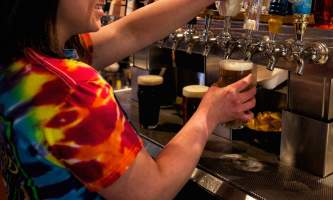 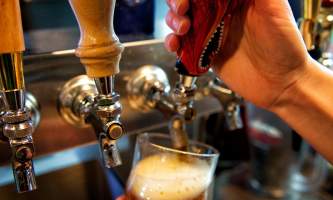