Dip Netting on the Kenai (& Elsewhere)

Dip netting is a “sport” that attracts tens of thousands of Alaskan residents each summer—all intent on putting healthy protein in the freezer for the coming winter. For visitors, it’s great fun to watch. Folks who go dip-netting tend to flock to four locations – the Chitna River south of Glennallen, Fish Creek across Kachemak Bay from Homer, and the Kenai and Kasilof Rivers on the western Kenai Peninsula. They're all participating in subsistence fishing, an activity that pays homage to Alaska’s rich cultural heritage that, even today, relies heavily on the bounty of the land and sea.

Fishermen wield long-handled fishing nets with up to a five-foot diameter opening, which they push out in the river or ocean, and then wait for unsuspecting fish to happen along. Some days are slow and others frenetic, as schools of salmon—some more than a quarter million strong—surge into their home rivers on the final journey to spawn. If you’ve never dip-netted, imagine playing tug-of-war with a burly grade-school boy; that feeling is similar to what it feels like to wrestle a net to shore. A single salmon in the net is fun, a double is downright electrifying, and a triple will nearly pull your arms off. And that says nothing of the lucky few who capture a King salmon in their net!

Each head of household is allowed to keep 25 sockeye salmon per year, and every additional member of the family is entitled to 10 fish. On a fantastic day, a boat with two nets may catch 125 fish in a couple hours and beach fishermen can do nearly as well. Slow days, however, have the potential to send people home empty-handed. Success is part luck and part science, since it’s possible to use sonar counts and other data to estimate when the next treasure trove of fat, red-fleshed fish will choke the river. Whether the fishing is hot or not, the beaches are a great place to be, because many families set camp for several days and you’ll find a feeling of camaraderie and shared purpose.

If you’re not a resident, the closest you can get to participating in this fishery is to watch from the bluffs in Kenai or the first bridge over the Kenai River on Bridge Access Road. Otherwise, stop in Kasilof to walk on the beach. The other two locations—Chitna and Fish Creek—are remote, difficult to access and probably not worth the trip, unless you’re really passionate about watching other people catch fish. 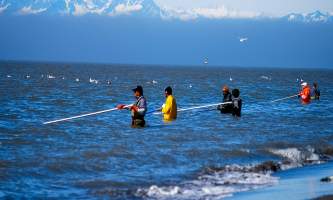 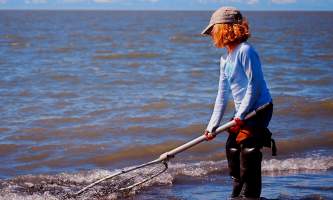 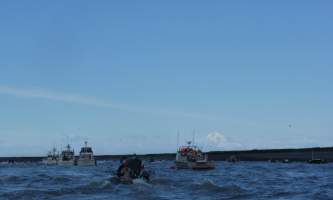 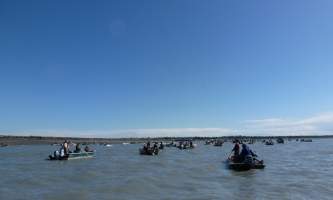