Cuddy Family Park was a labor of love for many volunteers for years. The park was established in the early 1980.

This unique park has something for everybody: a large playground, paved aerobic trails, a paved speed skating oval, an outdoor amphitheater, and a promenade that steps down to the edge of a lake filled with waterfowl and seagulls. The playground was completely updated in 2013 and will wow kids with its swings, monkey bars, slides, and rope features. And it’s less than a stone’s throw from the lake, where flocks of ducks and geese paddle back and forth. In the winter, a small section of the lake stays open and hundreds of cold-loving mallards congregate here to socialize and stay warm. Please resist the urge to throw them the crust off your sandwich. They may beg, but don't be fooled -- these ducks have plenty of natural resources for food.

The park consists of 15 acres of grassy fields and a large lagoon. From spring to fall, a cacophony of ducks and migrating waterfowl paddle across the lagoon. The park is tucked behind Loussac library, just south of 36th Street and just east of A Street. The easiest way to get there is to take 40th street off of either Denali Street or A Street.

Even though the park lies only a couple blocks from A street, the hustle of the city don’t really intrude. The trees and sloping hills somehow create an oasis in the heart of the city. An amphitheatre and terraced stairs give it a manicured look that exists in few other Anchorage parks.

Cuddy Park offers lots for kids to love, in addition to the playground. People sail remote controlled boats across the lagoon and fly kites.

15.4 acres. Parking is available at the library as well as new parking lot off Denali with 53 spaces and 2 handicap spaces. Large deck area, picnic tables, playground built with project Kaboom by volunteers, hills added in 2001, an amphitheater was started in 2001, a perennial flower bed as well as two adopt a garden beds. 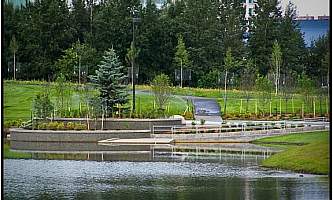 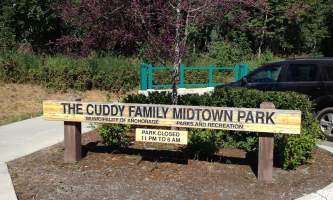 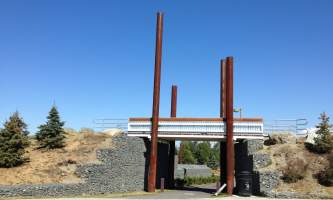 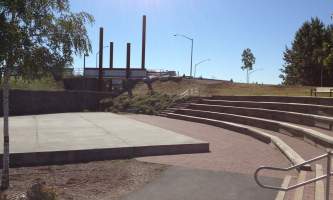 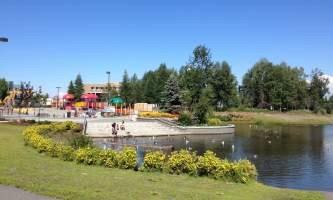 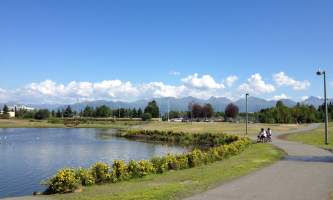 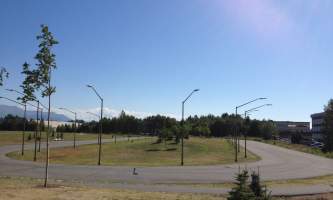 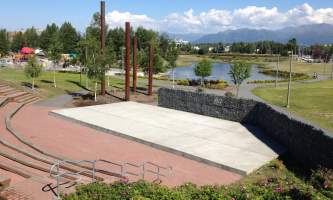 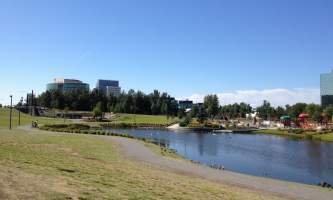