The Colville River rises in an isolated area of the DeLong Mountains, at the western end of the Brooks Range, north of the continental divide in the southwestern corner of the National Petroleum Reserve. It flows initially north, then generally east through the foothills on the north side of the range, broadening into a wide tundra expanse as it receives the inflow of tributaries that descend from the middle Brooks Range. It is a major river of the Arctic Coast and it drains into a remote area of tundra on the north side of the Brooks Range entirely above the Arctic Circle where the river can be frozen for more than half the year with flooding occurring each spring. It is a river of archeological interest as dinosaur fossils are found in its cut banks, and these same cliff banks are the nesting sites for one of the largest populations of Peregrine Falcons in North America. There is a 375-mile section of river that can be floated from its headwaters at Thunderstorm Creek in up to 20 days. It is Class I and II for most of its length and passes through one of the most remote regions in North America.

You will have to fly by chartered aircraft to the river's headwaters. There is scheduled airline service to Deadhorse, Kotzebue or Bettles where you can charter flights to your chosen put in site. Or you can drive to Coldfoot, Alaska where charter flight operators are located and begin and end your trip roadside.

The recommended take out is the small village of Umiat. The river below this point is, often pounded by headwinds and progress downriver can be difficult and rafts should not attempt it. If you go further you will need to arrange a pickup by small plane at Nuiqsut before Harrison Bay.

Where Thunder Creek and Storm Creek join is where the waters are flowing north out of the western Brooks Range and the DeLong Mountains. There is a Class II current in this 60-mile stretch where swift water and tight bends, combined with steep cliff banks, make paddling "busy.” Meat Mountain, a nearly 3000-foot feature, forces the river into its eastward direction and most of this stretch runs easterly through meanders. The tundra is hard country to hike in, away from the river but the river banks are dry and allow some access to parts of the vast countryside. To the north is Lookout Ridge that can be a destination for hiking. Where the Kilgwa River joins the Colville is an access point and planes can land here. From this point on the river becomes a Class I section.

This is the stretch of river that, for hundreds of miles, flows through the treeless, rolling permafrost-bound tundra. To the north is Lookout Ridge, the last of the large foothills of the Brooks Range before the coastal plains begin. Just after the point where Lookout Ridge ends and meets the river, the Awuna River, GPS N69 degrees 03 minutes by W 155 degrees and 27 minutes, joins the Colville and to the south of the river is Kingak Moiuntain. At 3000 feet above sea level it is a distinctive landmark. Along its base enters the Ipnavalik River then the Etivluk River with the Awuna River joining 20 miles further. The river does some winding as it passes through this area of relief, sometimes doubling back completely to run westward for a bit. It is another 50 miles to where the Kilik River enters from the north at N 69 degrees and 01 minutes by W 153 degrees and 55.4 minutes. There is an area here where groups sometimes end their trips. A gravel airstrip is here at the confluence with the Colville and could allow you to end the trip here. Prior to the confluence is a stretch known as the Kilik Bend and has good hiking potential along here. Past the Killik River the Colville begins a north easterly wander as it goes through what is called Angoyakvik Pass and enters the coastal plains where the hills are few and far away. Umiat is on river left, a half mile back and is not easy to see. The airstrip sock and a few telegraph poles are all that is visible, but there is a gravel road to the river and a floating dock there. The floating dock has several services available.

From Umiat the river continues its north easterly course for 20 miles and then turns due north where you will be sure to encounter the north winds trying to blow you back to Umiat. The delta is a maze of channels but you will have to stay as far left as you can be in order to get to Nuiqsut.

Don't underestimate the power of the arctic winds and storms from the north. To the north of the river is always National Petroleum Reserve land. Upriver winds are known to be strong and can, in fact, create 3-foot swells and breaking waves along the lower section of river. 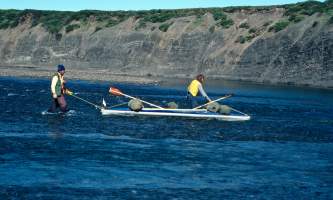 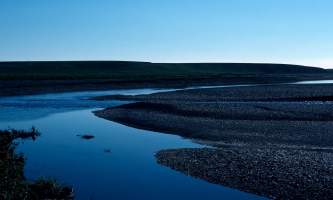 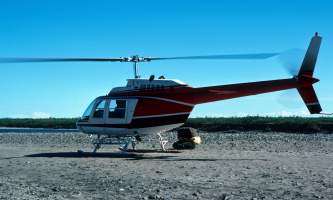 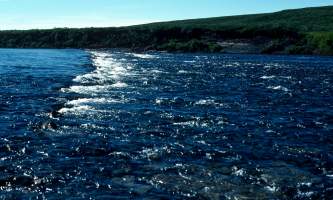 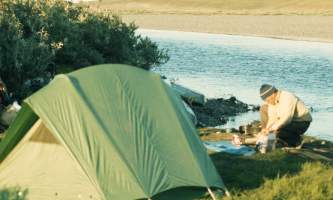 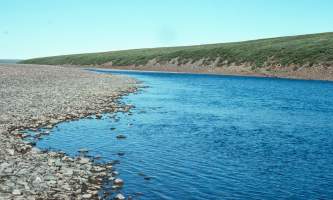 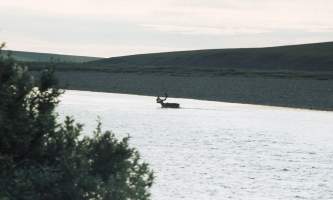 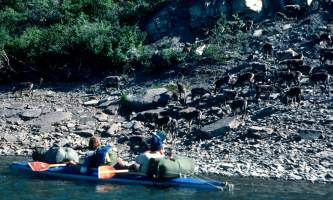 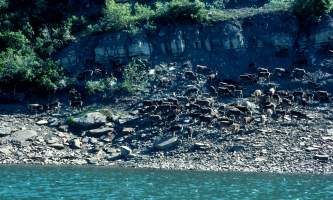 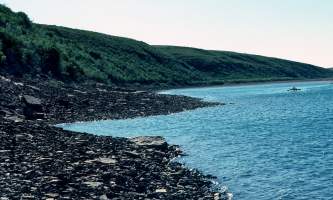 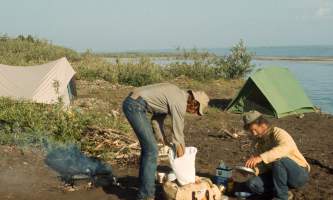 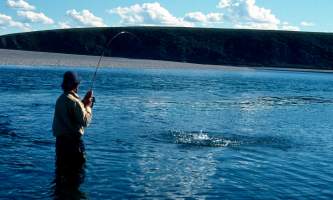 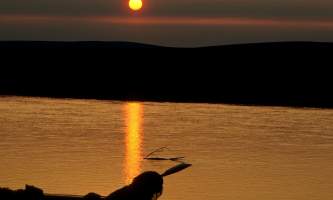 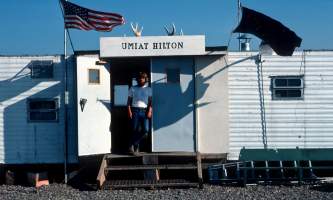 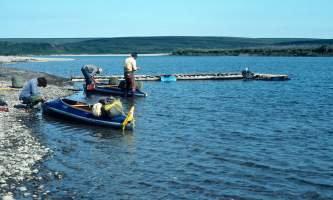 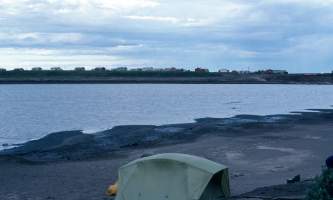 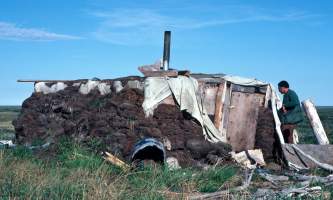 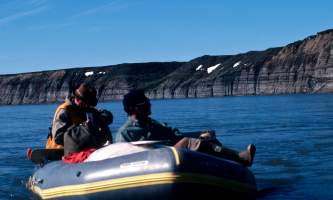 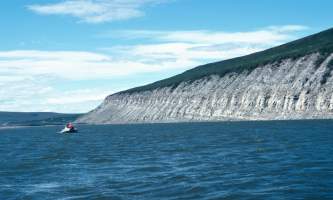 Put In Option for Colville River

Take Out Option for Colville River

You will need to arrange a pick­up by small plane at Nuiq­sut before Har­ri­son Bay.

Take Out Option for Colville River