Here we are at the Black Bear enclosure at the Alaska Wildlife Conservation Center, home to Kuma and Uli.

Kuma and Uli were both orphaned in 2002, however they are unrelated.

Uli was orphaned from downtown Juneau when, at five pounds, she wound up in a neighborhood in Juneau, and was immediately labeled a nuisance bear.

Kuma, on the other hand, fell into a hole that a family was digging in preparation of a new septic system that they were putting in. He and his mother both fell into the hole, however being so itty-bitty at the time, Kuma was unable to dig himself out. When the Wildlife Conservation Center got the phone call to remove a Black Bear from a hole, the Alaska Wildlife Conservation Center and the Alaska Department of Fish and Game showed up with all the heavy machinery needed to extract a Black Bear, however we ended up bringing him home that day in a shoe box at just three pounds.

Black Bears are one of the more adaptable animals in the entire animal kingdom, as they are currently found in every single United States’ state, with the exception of Hawaii.

Size is also a product of their environment, as their size will vary greatly across the United States.

In the state of Alaska, our typical Black Bear is going to settle in at approximately 300 pounds and will not be nearly as large as some of their counterparts in the lower 48 states. This is largely due to the competition they have in Alaska from the other members of the bear family, as well as other predators in state. 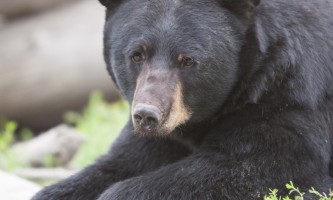 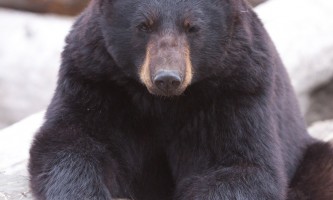 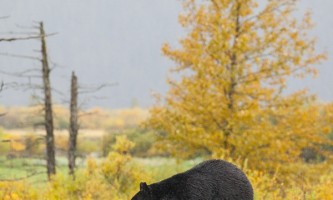