To get a sense of early Fairbanks, take a stroll through a historic neighborhood and learn the stories of the buildings that once housed bars, brothels, banks, and private residences.

Early homes can speak volumes about the standard of living in a community, and Fairbanks is fortunate to have many such residences preserved in a neighborhood directly adjacent to downtown Fairbanks, where the city was originally founded. Feel free to take photos but keep in mind that all of the stops on this tour are privately owned, so be respectful of occupants. You’ll see an assortment of modest dwellings built from materials harvested locally or shipped up from Seattle (an extravagant expense at that time).

If you’re most interested in civic history and admiring the cornerstone buildings that shaped the city’s architecture and still compose the core of downtown, start out on the Downtown Fairbanks History Tour. It will take you past the original courthouse (rebuilt three times and one of the most stunning examples of art deco in the city), an early theatre, and former government buildings.

Many historic buildings that would otherwise be on this tour have been moved from downtown Fairbanks to Pioneer Park to make room for urban development. These buildings have been preserved and still reflect the earliest lifestyles in the city. Take the Fairbanks Gold Rush Town Walking Tour at Pioneer Park to visit the log cabins that have been relocated from downtown and once served as churches, motels, or a mercantile. This corner of the park is a quick and easy way to get a sense of life in the early 1900s in Fairbanks.

Fast forwarding to modern day, the Fairbanks Downtown Art Tour showcases a community art project completed in the summer of 2012. Thirteen artists painted oversized vent pipes in downtown Fairbanks, adding a splash of color and a dash of playfulness to the streetscape. You’ll see a bright blue muskox, a larger-than-life patch of fireweed, and Marilyn Monroe in bunny boots.

See His­toric Homes From Before Statehood

See His­toric Homes From Before Statehood

Art in the Heart: Paint the Pipes

In recent years, pub­lic art has explod­ed with­in the urban heart of Alas­ka. On this tour, you’ll vis­it thir­teen vent pipes that stand adja­cent to the streets and side­walks of down­town and pro­vide fresh air intake for the under­ground utilidor.

41 Places To See Fair­banks’ Past

41 Places To See Fair­banks’ Past

Walk through a series of his­tor­i­cal build­ings, some now occu­pied by shops and restaurants

Walk through a series of his­tor­i­cal build­ings, some now occu­pied by shops and restaurants 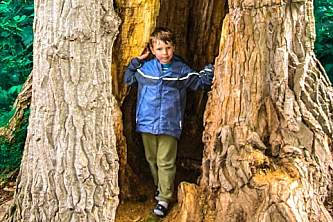 Whether you're exploring a section of downtown, a park, or a monument, these tours help you acquaint yourself with the area