The type of cruise experience you have will really be defined by what size ship you pick. You have three choices—big (or even “mega”), mid-sized or small. Check them out to see which one feels right for you:

Too few people know about the option of Small Ship Cruises --and it's one we highly recommend. If your dream is to see Alaska up close, without having to battle the crowds, then you'll want to set sail on a small ship, which holds as few as a dozen or up to 80 guests. Here’s what you get:

· Great access. These ships, such as the M/V Discovery with Discovery Voyages, can get into the tiniest nook, allowing you an unequalled view of nature and wildlife.

· Plenty of chances to be active. Instead of disembarking to, say, go shopping, you may take bikes or kayaks out.

· Very casual atmosphere. It’s not likely that you’d ever need to dress up.

· A leisurely pace. A lot of small cruises, such as UnCruise Adventures, can afford to take their time in ports, or be spontaneous about pausing for wildlife viewing.

· Higher prices, but good value. Rates may be about $300 per day (inside cabin) to $750 per day (deluxe stateroom)—but many shore excursions are included in your cost.

· Possible Downsides: The cabins aren't big--and there won't be any casino or Vegas-type show. You’re also more likely to get a bumpy ride, though that’s not so much of an issue in the calm Inside Passage.

Mid-Size Ships ships carry fewer than 1500 passengers, and are most similar to bigger ships. Here's what they offer:

· Most of the perks of a big ship, from pools, spas, shows to onboard experts

· Sometimes, a more “grown-up” ambiance, since these ships aren't as likely to cater to families and some fall into the luxury category.

· Good value. Other than the luxury lines, a similar value to mega ships.

· Downsides? They may get a little closer to the shore than mega-ships, but this size ship still can’t get that close, or into some smaller ports.

If you like the idea of a floating resort with lots of people (up to 2,600)—then a big-ship cruise is for you. They offer:

· A pretty smooth ride. Mega ships have lots of stabilizers, which come in handy on any open water, if you get seasick

· You’ll cover a lot of ground (or water). These ships can move fast, so you can see a lot of ports.

· A few occasions to dress up, for formal dinners, but overall like Alaska—very casual.

· Downsides: Because of their size you’re further from the shore, and disembarking can take a long time with all of the people. 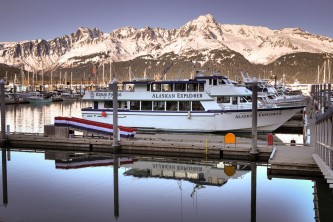 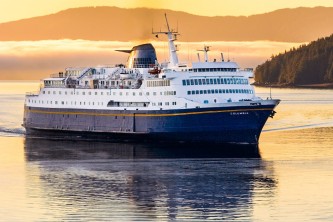 How to zero in on your own peak cruise time 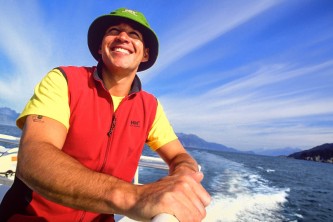 Nev­er tak­en a cruise? Here’s why you should con­sid­er one 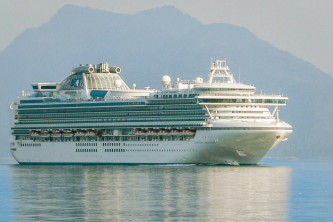 Which Alaskan Cruise Line Is Right For You?

Get the skin­ny on each cruiseline