The Moose is a knobby-kneed giant of the north. Large bulls produce huge palmated antlers each season that can reach 65 inches wide. Growing such massive antlers each year requires copious amounts of energy and forces the animals to eat almost non-stop. Cows generally are smaller at 1,000 lbs or less (compared to over 1,500 for many bulls) and they give birth to one, two, and sometimes three calves at a time. In the spring you'll often spy the spindly-legged creatures tailing their mothers across swamps and roads. 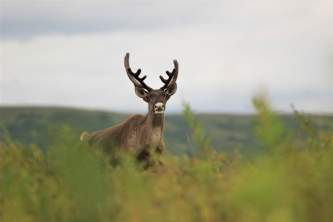 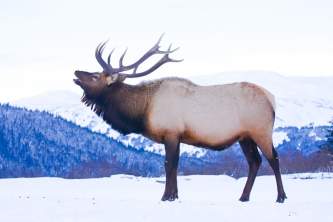 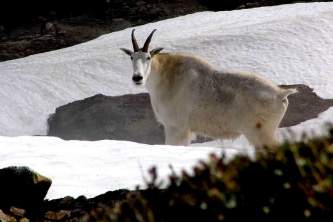 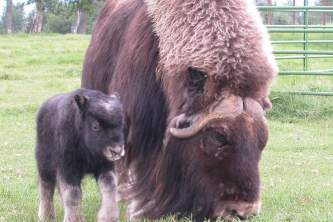