Twisted-Stalk grows in shady places in the forest, along stream banks, and alder thickets. The 1-3' stems have alternate, oblong to lance-shaped leaves that clasp around the stem. The stem bends at each leaf node. Like all lilies the leaves have parallel veins. One or two white, bell shaped flowers hang below each leaf on kinked stalks. The plant produces oval berries that are deep red-violet when mature.

The genus Streptopus is from the Greek streptos (twisted) and podus (foot). The species amplexifolius is from the Latin amplexor (to surround) and folius (leaf). The name twisted stalk refers to the zig-zag stem, or to the strongly bent flower stalks. 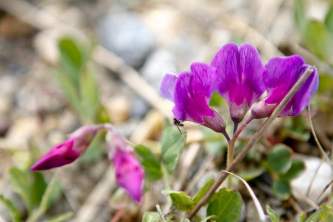 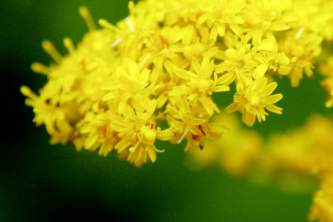 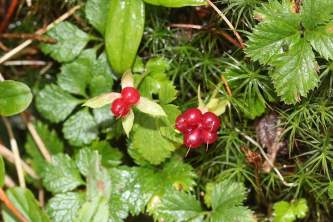 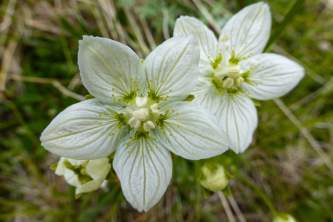