One of several species of lemming that live in Alaska. They are a small rodent that lives in primarilly grassy, open country. They don't hibernate and thus spend the winters eating stored grasses and burrowing through the snow in search of edibile roots and greens. Contrary to popular belief, the Lemming is not a stupid animal, prone to marching off of cliffs. Population spikes do sometimes cause mass migrations during which some individuals perish in river crossings and likely from falls, but they don't jump off of cliffs. So, the next time somebody tells you to quit being a Lemming, you may ask them what's wrong with being a cool, smart rodent that cruises around minding its own business. 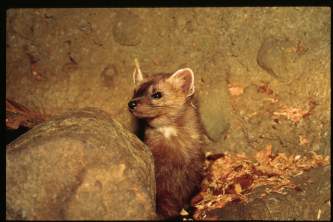 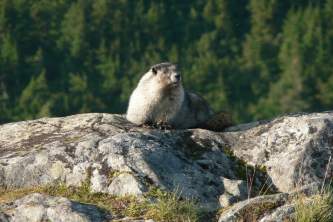 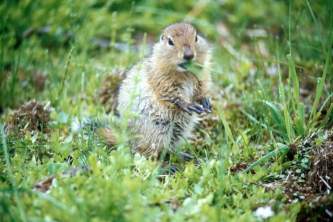