You can experience the beauty, culture and adventure of Alaska without leaving home. The Last Frontier has a long and fascinating literary tradition, ranging from pioneer tales to Alaska Native myths to vivid travelogues. To whet your appetite for your next Alaskan journey, we wanted to share a list of great Alaska reads. Please join us on one of these armchair journeys.

Coming into the Country by John McPhee

This vivid, well-reported classic from 1976 describes an Alaska on the brink of securing its vast oil wealth while undergoing a convulsive economic and cultural boom. It contrasts that new reality with a trip into timeless wilderness and a sojourn among people still living self-sufficient lives in the “country” along the Yukon River. In a way, McPhee’s most popular book serves as a snapshot of the state just before its population doubled and urbanization expanded.

Ten Thousand Miles with a Dog Sled by Hudson Stuck

A British native and Episcopal priest who served as the Archdeacon for the Yukon River Valley in the early 20th Century, Hudson Stuck traveled throughout Interior Alaska in the decades following the Gold Rush. Along the way, he led the first ascent of Denali in 1913 and published five books about his experiences as a missionary, educator and explorer. In Ten Thousand Miles, Stuck opens a window on old-time dog mushing and pioneering winter travel techniques now seen as iconic to the state’s cultural heritage. Stuck’s keen eye, tight prose and fundamental humanity make him a great guide to Alaska’s frontier past.

Minus 148 Degrees: The First Winter Ascent of Mount McKinley by Art Davidson

Considered one of the greatest mountaineering books ever published, this harrowing account of the first successful winter ascent of Denali in 1969 reads like a page-turning thriller. The title refers to the wind chill experienced by Davidson and two companions while trapped by a storm.

Make Prayers to the Raven: A Koyukon View of the Northern Forest by Richard K. Nelson

This engrossing account about daily life and culture among the Koyukon River people in the 1960s and early 1970s is the most well known work by one of Alaska’s most celebrated writers, anthropologist and naturalist Richard Nelson of Sitka. The book is remarkable for its insights into the indigenous culture’s spiritual connection to the natural world.

The Call of the Wild by Jack London

What can we say? No Alaskan literary journey is complete without this rugged, naturalistic novel about Buck—a “southland” dog stolen and brought north to haul freight during the Klondike Gold Rush. You might argue that London’s determination to cast the plot into a survival-of-the-fittest mold can get a bit overwrought. But at its heart, the novel is a mythic story, told in muscular prose, about a dog that finds a master worthy of his loyalty amid the unforgiving northern wilderness.

One Man’s Wilderness: An Alaskan Odyssey by Richard Proennecke

If you’ve ever wondered what it would be like to shuck civilization and move into a log cabin on a wilderness lake, don’t miss this classic memoir of Dick Proennecke’s three decades living alone on Twin Lakes in Lake Clark National Park. A World War II Navy veteran and an Alaskan diesel mechanic, Proennecke moved to the lake in 1968 with the intention of spending the rest of his life living a mostly solitary and self-sufficient life. He cut logs, dug up flagstones and built a cabin that remains today as a national park destination. Using Proennecke’s diary and photographs, Sam Keith published an account in 1973 of Proennecke’s day-to-day life, filled with observations about the natural world and details of his subsistence life. The 26th anniversary edition won the 1999 National Outdoor Book Award, and a 50th edition was published in 2018 with new photographs.

This modern, coming-of-age novel focuses on a young man who grew up in a sod igloo in the Northwestern Alaska tundra, where he masters subsistence skills taught him by indigenous hunters while feeling rejected by Native peers for his white heritage. When Cutuk Hawcley moves to the city to attend school, he finds himself caught between two incompatible worlds. Wolves vividly captures the tensions and contrasts within Alaska’s modern cultural landscape while it tells a highly personal story drawn from Kantner’s own life.

How to Meet Locals in Pelican 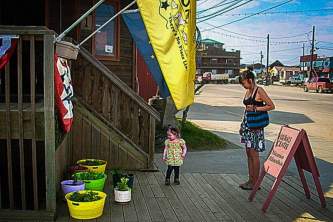 How to Meet Locals in Nome

As a city rich with cul­ture and his­to­ry, Nome is a fas­ci­nat­ing place to visit 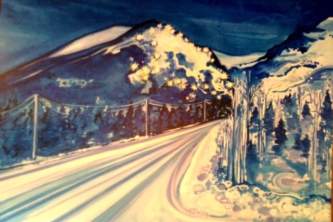 How to Meet Locals in Girdwood 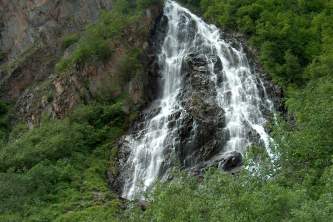 How to Meet Locals in Valdez

Almost all of the busi­ness­es here are owned by locals so, any restau­rant or hotel you vis­it will provide…